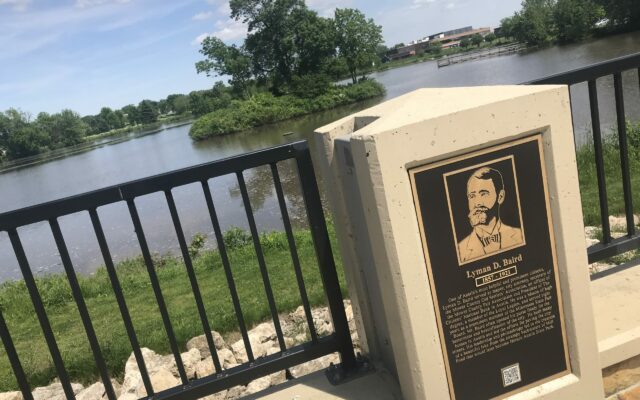 The 2022 Pillars of the City of Austin were named at Bandshell Park Monday evening as part of Freedom Fest activities for the 4th of July.  The Pillars of the City flood wall recognition project was established in 2015 with the goal to utilize the flood wall pillars on North Main Street to give recognition to people, in Austin’s past and present, who have made significant contributions to improving the quality of life in Austin related to growth, economic impact, health, education, culture, recreation, communications, business or scientific innovation.

The three individuals who will have their plaques installed on the North Main flood wall in the coming weeks include Miguel Garate, who began his career as Minority-International Student Advisor at Riverland Community College in 2000, Michael C. Ruzek, an Austin native who established Spruce Up Austin, and who was also a founding member of the Austin High School Alumni and Friends Association and the Austin Area Foundation, and Frank W. Bridges, the namesake of the theater at Riverland Community College and the founder of Summerset Theater in 1968.

Past pillars that have been dedicated include George A. and Jay C. Hormel, Richard Knowlton, Dr. Richard Schindler and Jon Erichson in 2016, Ira James Holton, Gary Ray and Esther Morse in 2017, Robert Enright, Lyman Barid and Norm Hecimovich in 2018, Bonnie, Rietz, Gertrude Ellis and John O’Rourke in 2019, Geraldine Rassmussen, Pat Piper and Larry Dolphin in 2020 and Susan Grove, Olaf Hegge and Jacob Herzog in 2021.