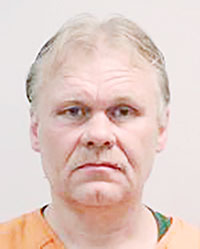 An Albert Lea man involved in a road rage incident on 12th Street Southwest in Austin on the morning of May 28th, 2018 where he assaulted another man and dragged him with his vehicle at speeds of 30 to 40 miles per hour before letting him go, causing him to tumble onto the street and causing injuries classified as substantial bodily harm has been sentenced to jail time, supervised probation, time in both the sentence to service and community work service program, plus fines and fees in Mower County District Court.

57-year old John Melvin Karnes was convicted and sentenced Thursday to 90 days in jail, five years of supervised probation, 40 hours in the sentence to service program, 100 hours of community work service and $1,160 in fines and fees for a felony charge of 3rd degree assault, substantial bodily harm.  An 18-month prison sentence was stayed for five years if Karnes complies with the 26 different terms of his probation, and he was given credit for 61 days already served.

Karnes pleaded not guilty to all seven charges against him in September of 2018 and in September of 2020, and felony charges for 2nd degree assault, false imprisonment, intentional restraint, criminal vehicular operation, substantial bodily harm, gross negligence and criminal vehicular operation, substantial bodily harm, driver who causes collision leaves scene, plus misdemeanor charges for 5th degree assault, inflict or attempt bodily harm and for reckless driving, drives consciously disregarding a substantial or unjustifiable risk in the case were dismissed.