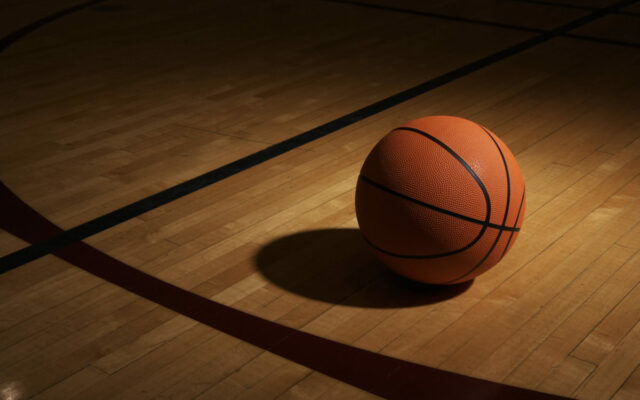 Girls’ basketball action for the 2021-2022 season kicked into high gear last night not only in southeastern Minnesota, but the rest of the state as well.  Locally in the Southeast Conference, the Grand Meadow Superlarks played host to the LeRoy/Ostrander Cardinals to start the season for both clubs, and River Landers led four Superlarks in double figures with 18 points as the Larks bolted to a 40-8 lead at the half on their way to a 64-12 win.

Grand Meadow, who will open the season with a four-game homestand will host Fillmore Central Friday night at 7:15, while LeRoy/Ostrander will host Lyle/Pacelli for their home opener in LeRoy Friday night, also at 7:15 p.m.

Speaking of the Athletics, they played host to Southland in Lyle in the Southeast Conference Tuesday evening, and Bailey Johnson scored 19 points to help lead the Rebels to a 30-16 lead at the half and a 54-43 victory to open the season.

Brooke Allen and Katie Popenhagen each added nine points in the winning effort for Southland, while Maren Wehrenberg added five points and Bria Nelson chipped in four.  Alana Rogne led all scorers for the Athletics with 23 points, Kirsten Koopal added nine points and Olivia Heard chipped in five points for Lyle/Pacelli, who will be back in action at LeRoy/Ostrander in the Southeast Conference Friday evening at 7:15 p.m.  Southland is now 1-2 on the young season, and they will play their home opener Friday evening against Kingsland in Adams at 7:15 p.m.

The Knights, who are No.  12 in the first Class A poll of the season were in Blooming Prairie versus the Awesome Blossoms to open the season for both clubs Tuesday evening, and although senior guard Bobbie Bruns erupted for 30 points, including her 1,000th point in the first half, the Knights outscored the Blossoms 12-6 in overtime to pull out a 63-57 win.

Blooming Prairie held a 28-21 lead at the half as Head Coach John Bruns stated that his young squad continued to control the game for most of the second half, but a few untimely turnovers and some lapses on the defensive end let Kingsland back in the game and the Blossoms were not able to hang on as the game was tied at 51 at the end of regulation time.

Bruns, who needed only one point to reach 1,000 for her career drilled three 3-pointers on her way to the game-high 30 points, plus she added five assists, Anna Pauly added eight points, seven rebounds and four blocked shots and Haven Carlson chipped in six points, nine boards and three blocked shots.  Anika Reiland and Shelby Beck each tallied 14 points to lead the way for Kingsland, while Audrey Webster added 10 points for the Knights, who swished 11 3-pointers in the game to four for Blooming Prairie, and the Knights were victorious besides going only 14-26 from the free throw line, whle the Blossoms were 11-17.

The Awesome Blossoms, who open the season with a five-game homestand will be back in action against 0-1 Triton in a Gopher Conference matchup Friday evening at 7:15 p.m.