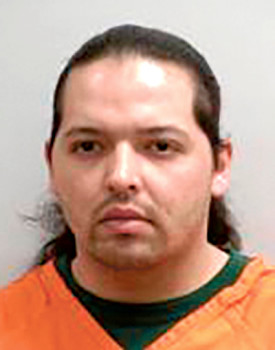 An Austin man who pleaded guilty to a felony DWI charge in Mower County District Court after a traffic stop on May 11th, 2021 has been sentenced to prison time.

31-year old Jordan Lee Hernandez Cox was sentenced Thursday to 62 months, or just over five years in prison for a felony charge of DWI, operating a motor vehicle with an alcohol concentration of .08 within two hours.  Cox was given credit for 524 days already served, and he was convicted on the charge on January 24th of this year after pleading guilty the same day.

Felony charges for DWI, combination of any two alcohol, controlled substance or intoxicating substance and for fleeing a peace officer in a motor vehicle, plus gross misdemeanor charges for criminal vehicular operation, bodily harm, alcohol concentration of .08 or higher within two hours of driving and for driving after cancellation, inimical to public safety stemming from an incident in May of 2020 where Cox fled from authorities and crashed into a van in northwest Austin while intoxicated, causing injuries to the driver of the van were dismissed with Cox’s guilty plea in the case.