Austin Police are investigating after responding to a pair of property damage reports Thursday. 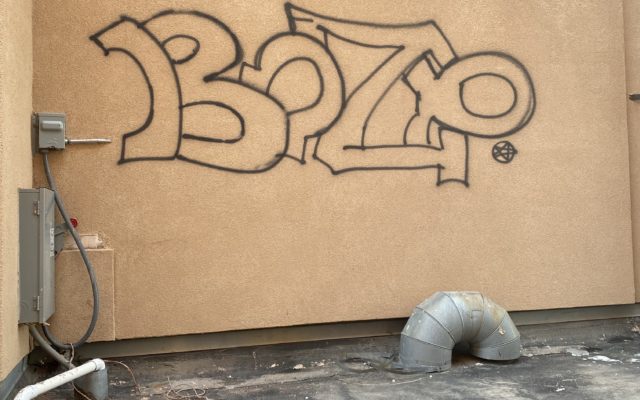 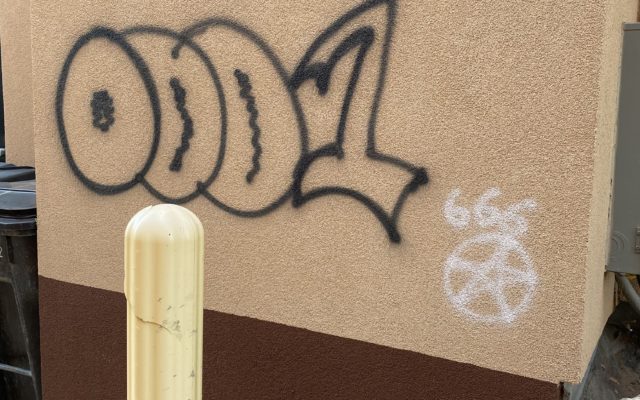 Austin Police officers responded to another property damage report at the International Word Fellowship Church at 827 4th Ave. NE in Austin at 6:26 p.m. Thursday evening.  The pastor of the church stated to authorities that sometime between the hours of 2:00 p.m. on the afternoon of Wednesday, June 9th and 5:30 a.m. on the morning of Thursday, June 10th, an unknown person or persons had caused damage to the church door.  An officer observed the word “BOZO” had been written on the door with a pentagram in the last “O” and two upside down crosses at the beginning and end of the word.  After further investigation, the officers on hand determined that the graffiti appeared to be similar to that from the previous incident in which “BOZO” and other satanic symbols had been written with spray paint.

Austin Police Capt. Todd Clennon stated that anyone with information that could lead to the apprehension of the suspect or suspects in these cases are encouraged to call the Mower County Law Enforcement Center at 507-437-9400.