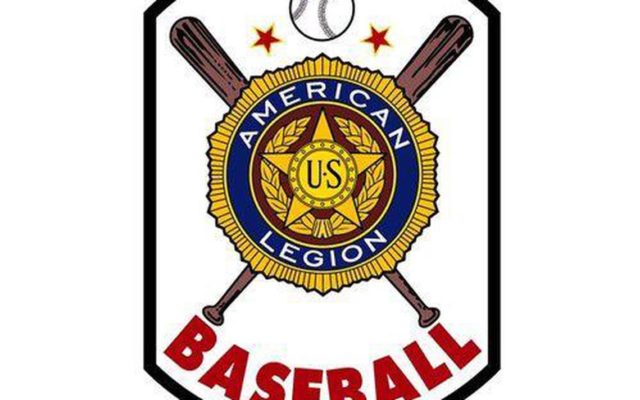 The Austin American Legion Post #91 baseball team, the No. 3 seed in the Sub-State 1 Legion baseball tournament took on the No. 2 seeded Rochester A’s in the winner’s bracket semi-finals at Marcusen Park Wednesday evening, and, down 6-5 heading into their last at-bat in the top of the seventh, Austin exploded for eight runs to win going away 13-6.

The A’s led 4-2 heading into the top of the fourth inning, but Austin was able to push across two runs to knot the game at  four apiece.  Austin tallied another run in the top of the fifth to take their first lead of the game at 5-4, but a two-run homer off the bat of Rochester’s Peter Lynch in the bottom half of the inning put the A’s back in front 6-5.  After a scoreless sixth inning for both squads, the stage was set for Austin’s outburst in the top of the seventh, as the rally was keyed by RBI singles from Jordan Ransom, Cole Walter and Sam Nelson, and was then punctuated by a three-run homer to left center off the bat of center fielder Teyghan Hovland to give Austin the 13-6 lead.

Dusty Copley and Cole Walter combined to pitch Austin to the win Wednesday evening as Copley pitched the first 5 2/3rds of an inning and gave up six runs, two earned, on three hits, striking out four and walking six.  Walter wound up earning the win as he went the last 1 and 1/3rd, giving up no runs and no hits, and he did not strike out or walk a batter.  Sam Nelson led Post #91 at the plate by going 4 for 5 with a double, a RBI and two runs scored, Jordan Ransom wound up going 3 for 3 with a RBI and three runs scored,  Cole Walter was 3 for 4 with a run knocked in and a run scored, Tanner Murphy was 2 for 5 with a double, a RBI and a run scored, Teyghan Hovland wound up going 1 for 4 with his three-run homer in the top of the seventh, and Anthony Ciola, Dusty Copley and Zach Bollingberg all added a hit apiece in the win.

Marcusen Park is the host site for this year’s Sub-State District 1 tournament, and Post #91 will play the top-seeded Rochester Redhawks in the winner’s bracket final at 1:00 p.m. Friday afternoon, as the Redhawks blanked fourth-seeded Owatonna in the second game Wednesday evening at Marcusen Park 7-0.  The Rochester A’s fell into the elimination bracket with their loss to Austin and will play either No. 5 seed Winona or No. 8 seed Byron at 4 p.m. this (Thursday) afternoon.  Owatonna will be back into action tonight at Marcusen Park at 7 p.m. against either No. 6 Albert Lea or No. 7 Stewartville, who will play at 1:00 p.m. this afternoon.  The tournament will continue Friday and Saturday to determine who moves on to the State Legion Baseball tournament in St. Cloud coming up in August.