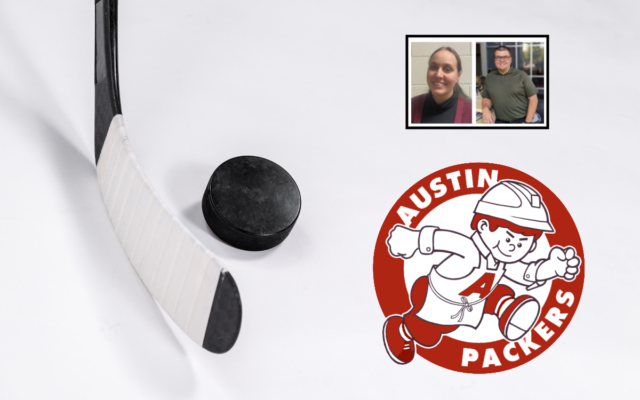 “I am thrilled to continue to be part of the Austin Packers hockey family. This is a wonderful program that I have been lucky enough to be a part of for multiple years now. I’ve been fortunate to see members of our team grow throughout their hockey journey as I’ve worked with some of the players since their youth traveling hockey years,” says Coach Maxfield. “I am excited to coach with Cory Squier again and I look forward to seeing our partnership enhance the Austin Girls Hockey program. As a coach and mentor, I see my role as developing the skills of each individual and continuing to promote good sportsmanship and teamwork to foster a successful hockey program.”

Ms. Maxfield has been employed with Austin Public Schools since 2016. She currently teaches English Learners as well as Heritage Spanish Speakers at Ellis Middle School. Coach Maxfield earned her Bachelor of Science Degree in Spanish and Minor in TESL, K-12 from St. Cloud State University (SCSU).

From there, she went back to SCSU to obtain her Masters of Art in Teaching English as a Second Language.

Cory Squier, a graduate of St. Ansgar High School in St. Ansgar, IA has been a part of Austin Youth Hockey since 2015 both at the youth and high school levels. He has been an assistant coach for the 12U Girls Hockey Team along with assisting the 12U Ice Bucks summer hockey team. Mr. Squier was also

involved in Austin Youth Hockey on the executive side, having served in positions as Vice President and President of the association.

“I am excited to join the AHS girls hockey team and be one of the pieces to help keep this program alive and moving forward,” says Coach Squier. “This season we’re going to have a smaller group of girls to work with but that’s not going to hold us back in working to have a fun and successful season for the girls. I think we have some great leaders on this team and will definitely lean on them to help guide and grow our team in a positive way.”

Coach Squier is currently employed for Warner’ Stellian in Rochester, MN, where he serves as a Builder Sales Representative.

“Finding quality coaches that can make the commitment to our programs is a tall task, but an important one. Sometimes thinking outside of the box is necessary,” says Austin Activities Director Katie Carter. “Kendra and Cory’s partnership brings a wealth of hockey knowledge and management in a unique way.

They both possess the willingness to work together to offer the very best to our student-athletes. I am excited to see this partnership grow and develop as the season progresses.”

Coaches Maxfield and Squier will succeed Coach Troy Holtz, who has moved over to the Austin Packers Boys Hockey Team to serve as an assistant coach.