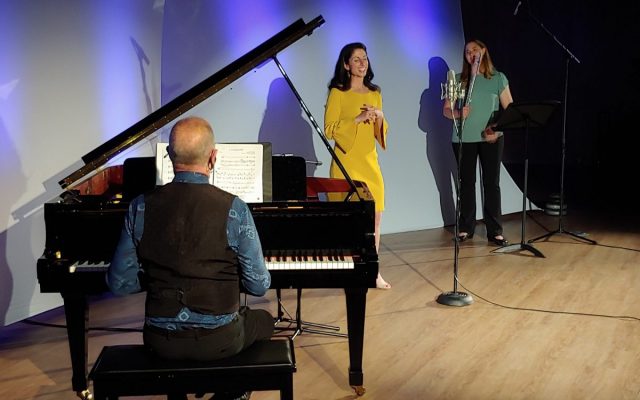 KSMQ Public Television is working alongside the MacPhail Center for Music to create and produce a television special to be called Connections and Transformations.

KSMQ will premiere this half-hour special on Sunday May 23rd at 7:30 p.m. followed by an encore presentation on Thursday May 27th at 7:30 p.m. The program will also be distributed to a
statewide audience on The Minnesota Channel. Connections and Transformations was developed by Mischa Santora, the MacPhail Center for Music’s Spotlight Series Artistic Director. Santora resides in Boston where he serves as Music Director for the Boston Ballet and is also a much sought-after orchestra conductor.

“After meeting with Mischa and hearing his vision for a television program, I was on board right away,” said Eric Olson, KSMQ President and CEO. “This will be a special partnership and a
wonderful opportunity to highlight the MacPhail Austin campus before a wider audience.”

The MacPhail Center for Music, founded in Minneapolis over 100 years ago, is one of the nation’s most respected community-based music education centers. The school has a site in
Austin–the only MacPhail facility located outside the Minneapolis-St. Paul area.

“We are excited to join with KSMQ as a strong partner in changing lives,” said Cheryl Berglund, MacPhail Austin Site Director. “This production represents the work that has taken place during
the past 6 years of MacPhail becoming part of the Austin community.”

The theme for Connections and Transformations was inspired by the construction of the new MacPhail building in Austin. This special will feature modern interpretations of Classical songs
like The Swan by Camille Saint-Saëns and Goin’ Home by Antonín Dvořák. Performers from both the Austin and Minneapolis campuses will be featured.