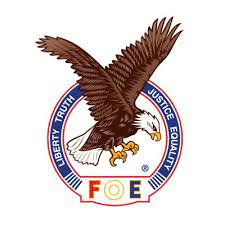 The Austin VFW Post 1216 baseball team played host to a sub-district tournament this weekend at Marcusen Park as Austin, who finished second out of 16 teams in District 1 with a 12-3 division record and 21-3 overall hosted sub-district tournaments this weekend along with top seed Northfield, Owatonna and Red Wing, and in their first game versus Faribault Saturday, Austin was victorious 12-2 in five innings.  Jared Lillemon, Kody Blom, Mac Nelson all had two RBI and Sam Oelfke and Peyton Ransom had two hits a piece as Austin racked up nine hits in the win as a team.  Peyton Ransom was the winning pitcher, going three innings, striking out four and walking one. Isiah Conway pithced the last two innings for Post 1216 as he and Ransom held Faribault to only three hits in the game.

The win over Mayo Saturday put Austin in the sub-district championship game Sunday afternoon versus Winona, who stayed alive in the first game of the day Sunday at Marcusen Park by the score of 14-6 over Rochester Mayo.  Austin kept things rolling in the right direction in the title game as Brayden Bishop pitched a  complete gamer five hitter, striking out six and issuing no walks, and  Jordan Ransom and Kody Blom had two hits each to lead Austin to a 9-1 victory. Jared Lillemon, Nick Robertson, and Brayden Bishop had two RBI apiece for Austin, who scored two in the first, four in the second and three in the third.  Winona’s only run of the game came in the top of the second inning, as they left a runner on base in every inning but the fifth as Bishop and Austin’s defense shut the door after the third inning.  Austin’s pitching and defense were possibly the biggest keys in their three wins as their pitching staff gave up only four runs in the three games, and their defense did not commit an error in the three wins as well.