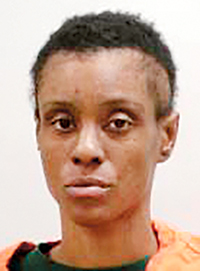 An Austin woman facing a felony charge for assaulting a peace officer and a misdemeanor disorderly conduct charge stemming from an incident that took place on April 16th has been sentenced to jail time, supervised probation and community work service in Mower County District Court.

36-year-old Miesha Courtney Neely was convicted and sentenced Thursday to five years of supervised probation and 90 hours of community work service for a felony charge of 4th degree assault of a peace officer, demonstrable bodily harm.  Judge Christa Dailey granted Neely a stay of imposition in the case where the defendant pleads guilty to a felony-level offense.  If he or she successfully completes their probation, the conviction will be deemed a misdemeanor.  Neely was also sentenced to 90 days in jail for a misdemeanor charge of disorderly conduct, brawling or fighting.  Neely was given credit for 60 days already served, and she first pleaded guilty to the charges on June 21st.

A felony 5th degree assault charge and gross misdemeanor charges of 4th degree assault, physically assault a peace officer and for obstructing the legal process, resisting arrest in the case were dismissed with Neely’s guilty pleas.