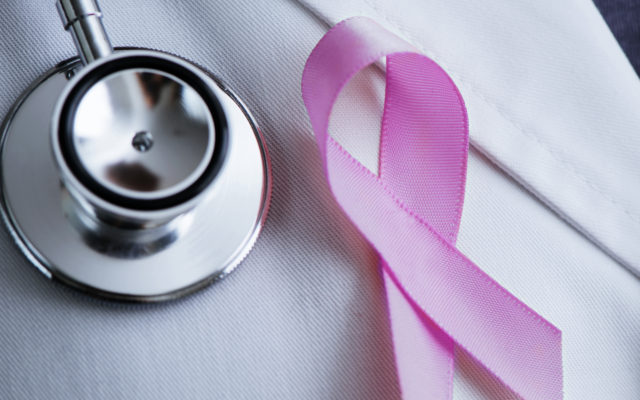 The article, “Genistein reduces the risk of local mammary cancer recurrence and ameliorates alterations in the gut microbiota in the offspring of obese dams” was published in the journal Nutrients.

Others have shown in humans that daughters born to obese mothers are at increased risk of dying from breast cancer.

It is not clear how maternal obesity years later can influence a daughter’s breast cancer, but Dr. de Oliveira Andrade, the lead author of the study and a postdoctoral investigator at The Hormel Institute suggests “it could involve low grade inflammation and gut dysbiosis observed in the daughters.” In the article, Dr. Hilakivi-Clarke and team looked at the natural compound genistein in soy foods to see if ingesting it after taking tamoxifen to treat breast cancer reversed gut dysbiosis and reduced breast cancer recurrence.

The team found that consuming genistein after breast cancer had responded to tamoxifen not only prevented recurrence, but also reversed the increase in the abundance of inflammatory gut bacteria and gut metabolites linked to increased all-cause mortality. Among the many other effects on the gut microbiota observed in the daughters, regardless whether their mother was obese or lean, the research team saw a significant increase in the bacteria called Akkermansia muciniphila that has many health benefits beyond cancer.

Breast cancer is the most commonly diagnosed cancer in American women and is the second highest cause of death, after lung cancer. One in eight women will be diagnosed with breast cancer in their lifetime, and while breast cancer death rates have decreased significantly in recent years, still too many women succumb to this disease when it recurs.

Estrogen receptor positive breast cancers tend to have a great outlook in the short term since they usually grow slowly and can be treated with hormone therapy drugs, but these cancers can come back, even many years after treatment. The great challenge for breast cancer researchers is to be able to predict which patient might recur 15-20 years after the initial diagnosis, and how to prevent and treat these recurrences.

“Our findings suggest dietary modifications which target the gut microbiota may be one tool to prevent breast cancer recurrence among survivors,” said Dr. Hilakivi-Clarke.

“We are driven to determine through research what prevents recurrence in our quest to extend human life.”

The next step for the research team is to determine if the gut dysbiosis in the daughters of obese mothers is causing the increase in breast cancer recurrence and identify other dietary factors, or pre- or probiotics that reverse their gut dysbiosis.