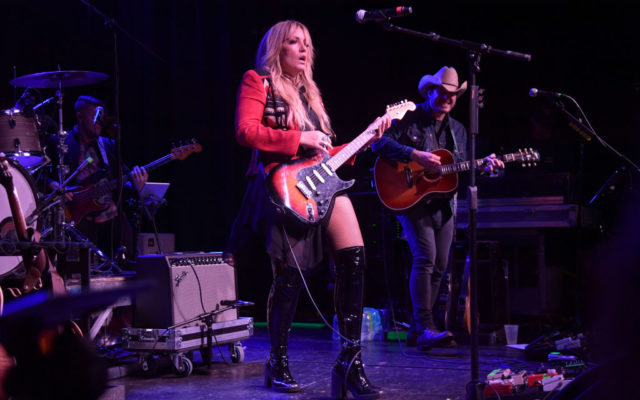 Updates (8/11): Albert Boakye, 46, was arrested late Monday night and charged with the misdemeanor assault, according to FOX 17.

Police said Boakye reportedly became very angry after missing turn. That’s when he allegedly stopped no the side of the road and removed Dunn from his vehicle. Police said Boakye also grabbed Dunn by the neck, threw her to the ground and fled the scene.

Clare Dunn has come forward with her story of being physically assaulted by a Nashville Lyft driver on June 26th. The incident was reported to police, and there’s a warrant out for the driver’s arrest.

In the interview, Clare revealed that she went out with friends that night, and shared a Lyft home with one of them. The driver dropped her friend off first, but wouldn’t follow Clare’s directions to her place.

“Before I could even get my phone to try and call 911, he grabbed me by the collar, ripped me out of the backseat and slammed me face-first down into a ditch. Somehow in the scuffle, I thought I called 911, but I didn’t even get the number right.”

“But it was a miracle. They called me back. And when I came to, I was screaming, and I saw headlights. He ended up just leaving me alone at that point and took off.”

The People post features photos that Clare took of herself that night. The images show bruises and bleeding on her face.

Clare is now back home in Colorado but says she still lives with the effects of the attack.

“I wake up a couple of times throughout the night thinking I heard something… like someone’s at my back door.”