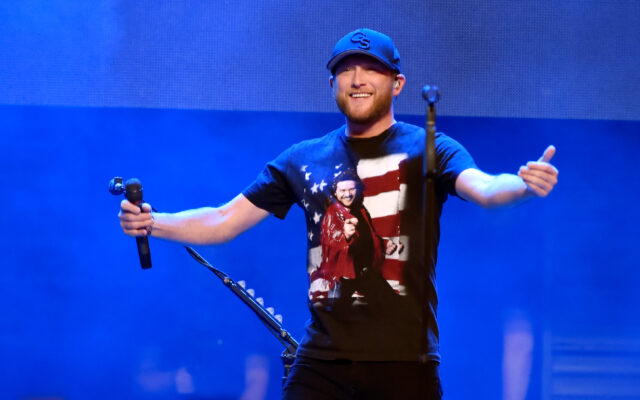 Cole Swindell, Travis Denning, and Ashley Cooke will be in Mankato this March.

Cole’s Down To The Bar Tour will stop at Mayo Clinic Health System Event Center on Saturday March 26th, 2022 (7 PM).

Tickets will go on sale Friday morning at 10 AM (Dec. 10th) via Ticketmaster.

GRAMMY-nominated superstar Cole Swindell recently released his 12th career single, “Never Say Never” (with Lainey Wilson). “Never Say Never” follows his 10th career No. 1, “Single Saturday Night,” which has logged over 245 million streams globally. In the seven years since Warner Music Nashville debut, Swindell has racked up an nine certified Platinum singles, a Platinum-certified debut album (Cole Swindell) and a Gold-certified sophomore album (You Should Be Here). His massive No. 1 hit “Break Up In The End” was named the NSAI Song of the Year (2019). The Georgia hitmaker has nearly 4.5 BILLION global career streams as well as numerous songwriting honors, lending his pen to chart-topping singles by Luke Bryan and more. 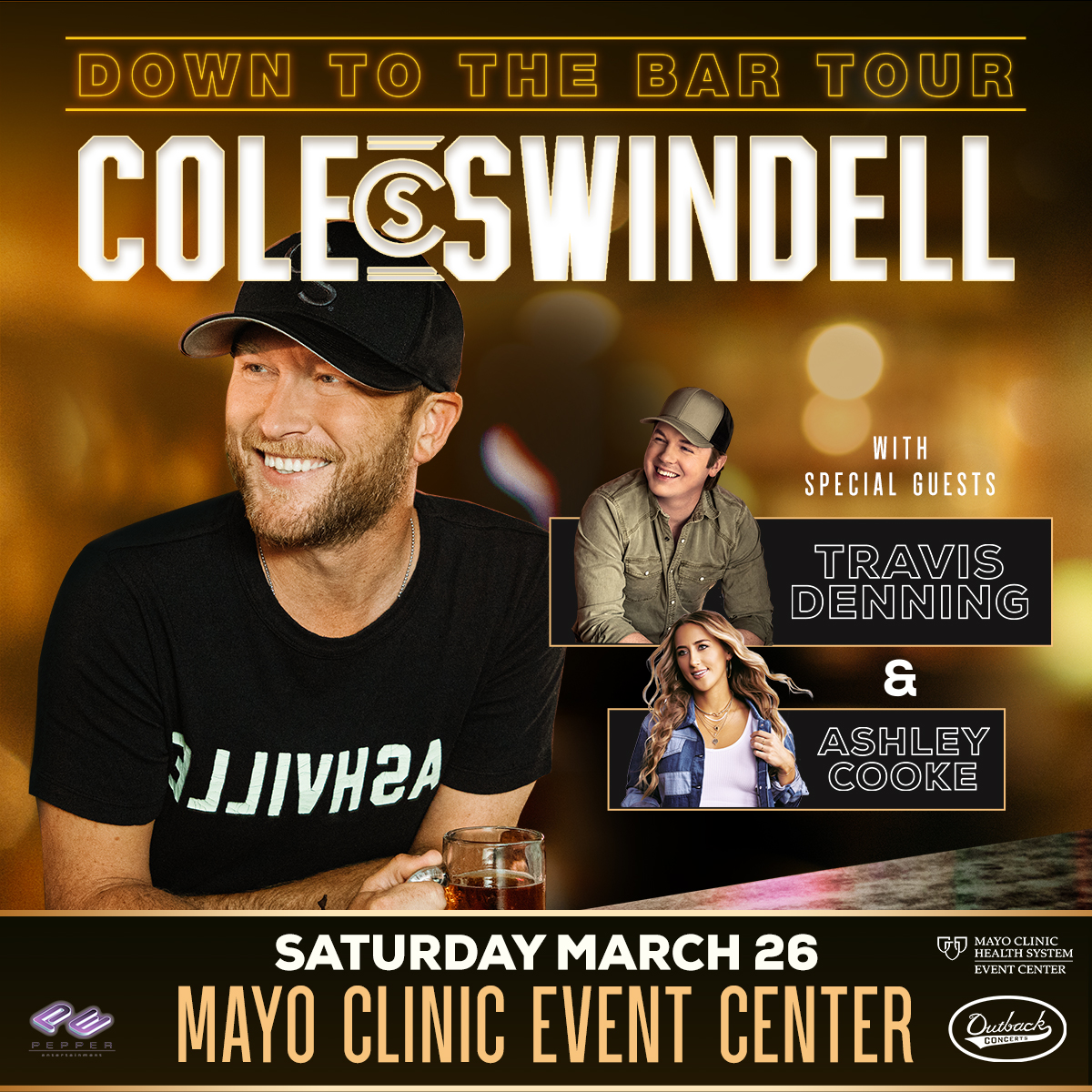 Swindell has played on some of the biggest stages in the world, including making history being the first- ever live radio and TV broadcast from the 57th floor terrace of 4 World Trade Center, overlooking the Freedom Tower. National television performances include the Citi Concert Series on TODAY, Good Morning America, Ellen, the Tonight Show starring Jimmy Fallon, Jimmy Kimmel Live!, the CMA and the ACM Awards, the MLB Network and NASCAR. The Georgia native has toured with some of country music’s most acclaimed entertainers, including Kenny Chesney, Jason Aldean and Thomas Rhett. He officially became a headliner on his own with his Reason to Drink Tour in 2018 and has since continued to hit major venues across the nation.