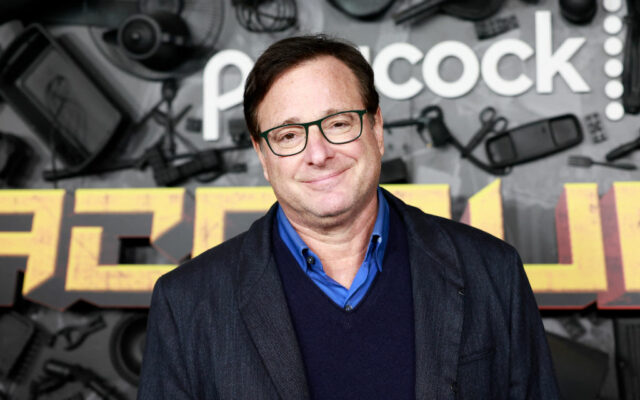 US actor Bob Saget attends the "MacGruber" screening and premiere at the California Science Center on December 8, 2021 in Los Angeles. (Photo by Michael Tran / AFP) (Photo by MICHAEL TRAN/AFP via Getty Images)

Comedian and actor Bob Saget was found dead in a hotel room in Orlando, Florida yesterday. He was 65 years-old.

Police say there were no signs of foul play or drug use. His cause of death had not been released as of Monday morning.

He’d just performed a show in Jacksonville on Saturday night.

Loved tonight’s show @PV_ConcertHall in Jacksonville. Appreciative audience. Thanks again to @RealTimWilkins for opening. I had no idea I did a 2 hr set tonight. I’m happily addicted again to this shit. Check https://t.co/nqJyTiiezU for my dates in 2022. pic.twitter.com/pEgFuXxLd3

Saget’s “Full House” co-stars reacted to the news with shock on social media.

I am broken. I am gutted. I am in complete and utter shock. I will never ever have another friend like him. I love you so much Bobby.

Mary-Kate and Ashley Olsen on death of Bob Saget: "Bob was the most loving, compassionate and generous man. We are deeply saddened that he is no longer with us but know that he will continue to be by our side to guide us as gracefully as he always has.” https://t.co/kHSE3o3WmT pic.twitter.com/rPueVfgP7N

I don’t know what to say 💔. I have no words. Bob was one of the best humans beings I’ve ever known in my life. I loved him so much.