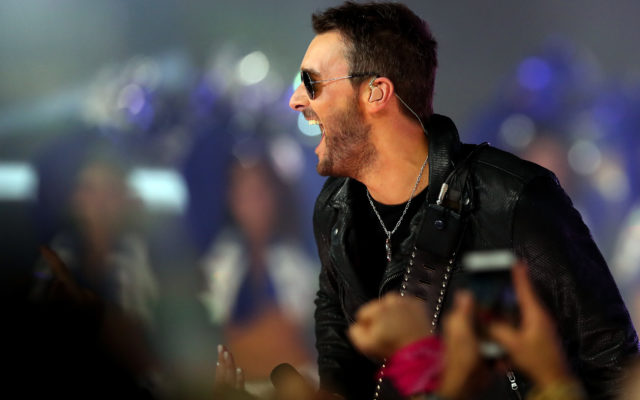 ARLINGTON, TX - NOVEMBER 24: Eric Church performs during halftime of the game between the Washington Redskins and Dallas Cowboys at AT&T Stadium on November 24, 2016 in Arlington, Texas. (Photo by Tom Pennington/Getty Images)

Two fans gifted him a tiny share of the team by handing him the papers while onstage.

You see Eric holding the official papers and making sure a nearby camera picked it up so the crowd could see them up on the big screen.

The Packers are the only NFL team that is publicly owned with over 360,000 stockholders.

There you have it! Eric Church: country music legend and football mogul.