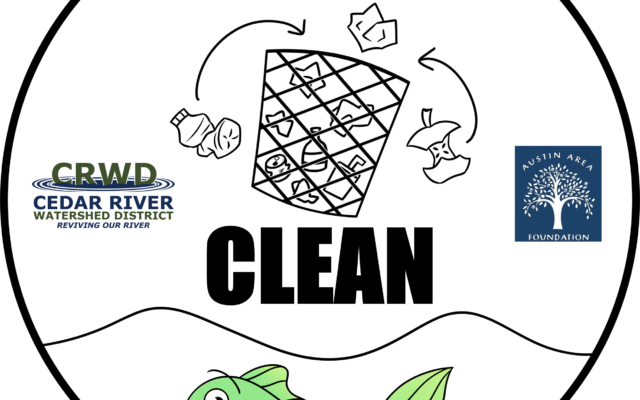 Anglers who enjoy fishing in the Cedar River Watershed are getting a visual reminder this summer to not leave trash behind, including along shorelines. 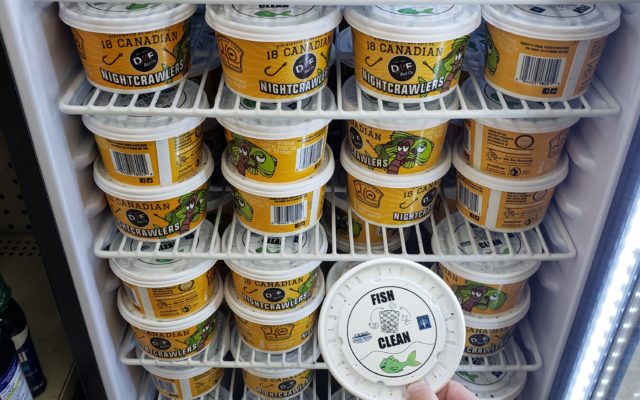 Cedar River Watershed District is placing “Fish Clean” stickers on dozens of bait containers for earthworms and wax worms sold at local retailers Runnings, Reed’s 4th Avenue and Ankeny’s Mini-Mart #1 near East Side Lake.  A $500 grant from the Austin Area Foundation is covering the cost of the stickers and other outreach to encourage anglers and others not to litter.

CRWD outreach coordinator Tim Ruzek came up with the “Fish Clean” initiative after frequently finding fishing-related litter along the shorelines of East Side Lake and the Cedar River State Water Trail. This has included finding discarded fishing bait containers, packaging for fishing lures, fishing line along with food and beverage trash left with those items by anglers.

The Austin Parks & Recreation Department also has worked this summer with CRWD to place lids on trash barrels near the water, including along the Cedar River at Austin Mill Pond, due to issues at times with the wind blowing trash out of city garbage cans into the nearby shoreline and water.

CRWD this summer also has seen an uptick in the number of volunteer groups seeking to clean litter from public places, shorelines and in waterways, Ruzek said. Volunteers have used 4-foot litter grabbers bought two years ago by CRWD with a $500 grant from the Austin Area Foundation as well as smaller litter grabbers acquired this year by the Austin Park & Rec.

Overall, the Austin community now has at least 30 litter grabbers available to the public for cleanup projects. CRWD and Park & Rec each have at least 10 litter grabbers, with another 10 split between the Jay C. Hormel Nature Center and Austin Public Library, where people can check out litter grabbers with a library card.

Cleanups in and along the waterways are part of CRWD’s Adopt-A-River initiative started a decade ago. This volunteer-driven effort has led to hundreds of tons of garbage and debris along with more than 1,100 tires being removed from the Cedar River and tributary streams in Mower County.

If interested in doing a cleanup project or adopting a stretch of a local waterway, contact CRWD’s Tim Ruzek at 507-460-4577 or [email protected].