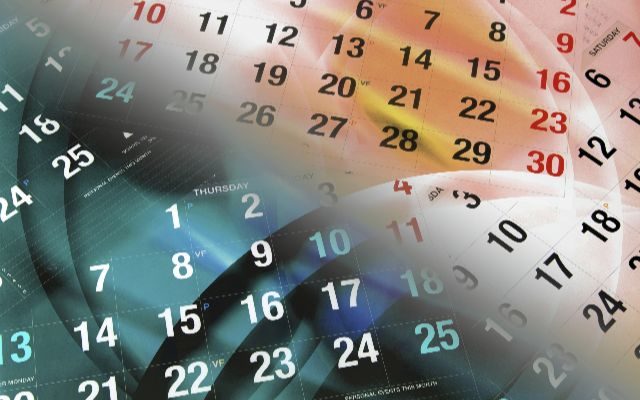 It has been a long (what feels like) 57 weeks of January, but tomorrow is the first day of February!

Here are all the things we’re looking forward to:

1.  HOLIDAYS/EVENTS. February is Black History Month. We will also have Groundhog Day (this Sunday), Valentine’s Day (14th). Presidents’ Day (17th), Mardi Gras (25th) and Ash Wednesday (26th). Also, don’t forget tomorrow is National Eat Ice Cream for Breakfast Day. World Cancer Day is on the 4th, Shower with a Friend Day on the 5th, National Pizza Day on the 9th, National Guitar Day on the 11th and World Radio Day on the 13th.

2.  SPORTS. Super Bowl 54 is this Sunday. If you’ll be going through football withdrawal after Sunday, the inaugural season of the XFL reboot kicks off next weekend.  Plus, the NBA All-Star Game and the Daytona 500 both go down a week later, on Sunday the 16th.

3.  TELEVISION. A couple premieres you might want on your radar include:  The final season of “The Clone Wars” on Disney+, the new comic book series “Locke & Key” on Netflix and Season 3 of “The Masked Singer” (which I can’t wait for!!!) on Fox. Then we have some popular favorites returning to our screens like the 3rd Season of ABC’s “American Idol,” the 18th Season of NBC’s “The Voice,” Season 5 of AMC’s “Better Call Saul” and the 40th Season of “Survivor” on CBS.  Plus don’t forget that the Oscars will air next Sunday (2/9) on ABC.

4.  MOVIES. Some movies coming out include the Harley Quinn flick “Birds of Prey” on the 7th, “Sonic the Hedgehog” on the 14th and “The Call of the Wild” with Harrison Ford on the 21st.