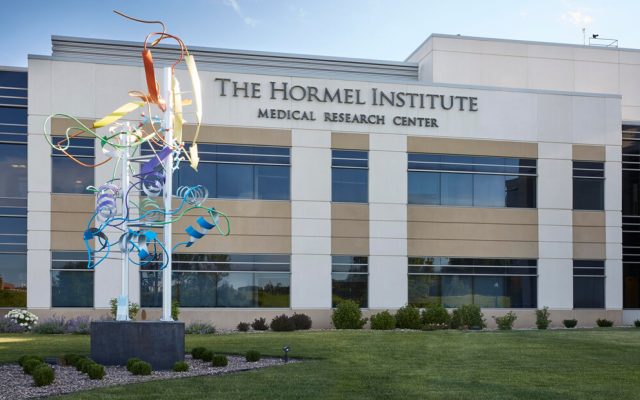 Viswanathan Natarajan, PhD, currently the Earl M. Bane Professor of Medicine and Director of Translational Medicine at the University of Illinois at Chicago, has been honored with a Special Issue of Cell Biochemistry and Biophysics, entitled “Bioactive Lipids – a Tribute to Prof. Viswanathan Natarajan for his 50 Years of Research in Lipid Biochemistry.” This issue consists of 25 original research articles, reviews and historical accounts, honoring him for his important discoveries, extensive mentoring, and vital collaborations. Professor David Brindley of the University of Alberta, Canada, summarizes his profound contributions to our knowledge of bioactive lipids under the title “Viswanathan Natarajan, a Giant in Lipid Research and Pulmonary Disease, and a True Gentleman.”

Dr. Natarajan received his PhD degree in 1975 from the Indian Institute of Science in Bangalore and began his academic career in Dr. Harald Schmid’s laboratory at The Hormel Institute the same year. He stayed at the Institute in various positions for more than 10 years. He then continued his academic career at Mayo Clinic and later at Indiana University to a full professorship. This was followed by professorships at The University of Chicago, Johns Hopkins University, and the University of Illinois at Chicago.

Some of Dr. Natarajan’s work at The Hormel Institute is summarized by an article called “Discovering a New Metabolic Pathway. Early Work with My Friend, Viswanathan Natarajan,” by Dr. Harald Schmid, long time Institute Professor and former Executive Director. This work refers back to a time when basic questions of lipid structure, metabolism and nutritional significance were primary research themes at the Institute. Dr. Natarajan’s later collaboration with scientists and physicians at Mayo Clinic and his further brilliant career at other major medical centers made his lipid research more directly applicable to human health.

As described by Dr. Brindley, his research during the last three decades contributed in a major way to our understanding of how lipids are involved in healthy lung function and in a variety of lung pathologies. These can range from airway inflammation and asthma, to bacterial infections and even lung cancer.