A Lansing man involved in a two-vehicle accident near Austin in May of 2019 that took the life of an Austin man has been sentenced to supervised probation, jail time and time in the sentence to service program in Mower County District Court. 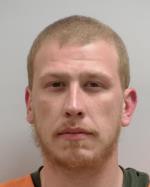 33-year old Christopher Robert Stewart was convicted and sentenced Friday to 10 years of supervised probation, 360 days in jail and 100 hours in the sentence to service program for a felony charge of criminal vehicular homicide, operating a vehicle with any amount of a Schedule I or II controlled substance in the body.  A 48-month prison sentence was stayed for 10 years if Stewart complies with the terms of his probation, and Judge Jeffery Kritzer determined that Stewart’s jail time could be served on work release in 90 day increments starting in May of 2022.  Felony charges of criminal vehicular homicide, operating a vehicle in a negligent manner while under the influence of a controlled substance and for 5th degree drug possession, plus misdemeanor charges for DWI, operating a motor vehicle with the body containing any amount of Schedule I or II drugs, not marijuana, 4th degree DWI, under the influence of a controlled substance and for driving after revocation in the case were all dismissed with Stewart’s guilty plea in June.

Authorities reported that Stewart crashed into the vehicle driven by 89-year old William Regner of Austin at the intersection of County Roads 28 and 29 on May 9th, 2019. Law enforcement stated that Regner was dead when they arrived at the scene. Court documents state marijuana was found in Stewart’s vehicle and a test of Stewart’s blood found amphetamine, methamphetamine, and THC in his system.