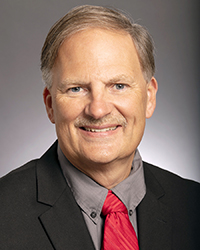 A bonding bill for state public works projects will be part of budget negotiations in the final weeks of the legislative session.  KAUS spoke with District 27 Senator Gene Dornink, a Republican from Hayfield who stated that he will continue to advocate for $7.4 million in bonding dollars for the city of Austin’s wastewater treatment facility renovation project, and for $7.5 million in bonding dollars to complete the final phase of a dredging project on Fountain Lake in Freeborn County, which includes dredging of the east basin of Fountain Lake’s main bay from near City Beach to the Fountain Lake Dan, along with limited dredging of Bancroft Bay….

May 15th, 2022
View full playlist
Connect With Us Listen To Us On