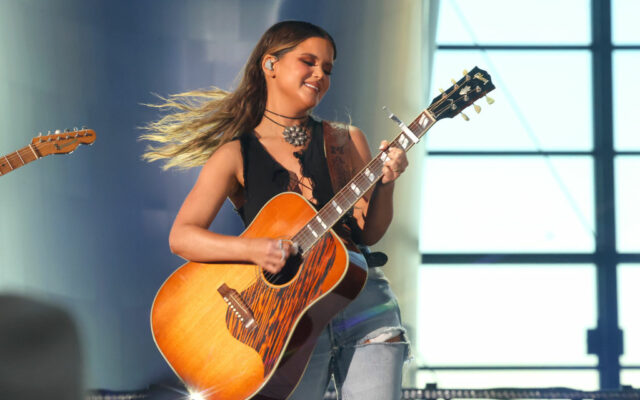 Maren Morris is calling for more diversity in country music.

Asked in a Daily Beast interview what changes she would like to see in the industry, Maren said:

I definitely want to see more balance when I listen to the radio or when I listen to the playlists that have country artists on it. I would love to see more diversity, more people of color, more LGBTQ perspectives, and more women, because the percentage is very off right now. And I think it homogenizes the sound. It keeps it at such a mediocre level. I just get excited to get back into the writing room when I hear diversity. And that doesn’t even just mean the person making it—the sounds are different. It makes for a better playing field and better music if we widen the scope of it.

She also address her appearing to not applaud Morgan Wallen’s victory at the recent ACM Awards, which some Country fans perceived as a slight of the controversial artist who became embroiled in scandal following his use of a racial slur outside of his home:

I mean, I did applaud, it was just not on camera. And no, I would never intentionally be an a**hole to somebody that’s musically gifted. But no, I did not stand up. But I will say, I was not turning my back to anybody on purpose. I had just gotten seated with my husband because I had just performed earlier in the show. Anyone on Twitter will find something dramatic to glom onto me about, and it’s so uninvited because I was literally just seated. I didn’t even hear the category or who won. I was talking to my friends from Midland who were behind me right as the camera was on me. So no, there’s no ill will or intentional sh*t. It’s just people online who think a lot more about me than I do about them.