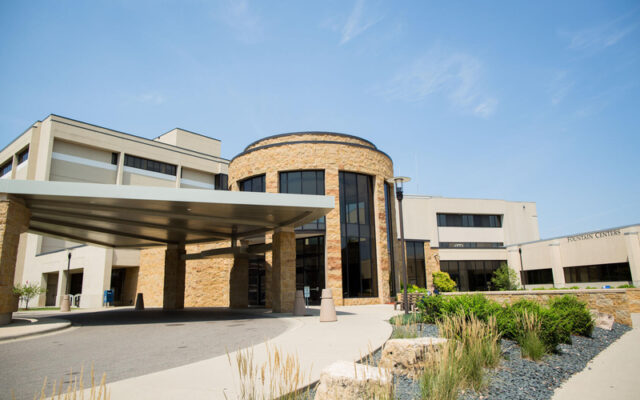 Mayo Clinic Health System announced Thursday that they will be investing approximately $15 million to enhance and modernize several departments at their campus in Albert Lea.  Dr. Sumit Bhagra, Site Lead Physician for Mayo Clinic Health System campuses in Austin and Albert Lea spoke with KAUS News during a press conference and stated that the project, which has been delayed by the COVID-19 pandemic is a long-overdue effort to modernize and enhance their facilities in Albert Lea…

Dr. Bhagra went on to state that the project has been driven, in large part, by the results of a recent community health needs assessment….

Dr. Bhagra was also asked during the press conference why the project will be moving forward in light of the relocation of certain services from the Albert Lea to the Austin campus….

Officials with Mayo stated in a news release that the project will relocate outpatient services on the Albert Lea campus to vacated space on the second floor of the hospital building, and it will also provide opportunities for further expansion.  The project will also relocate ambulatory surgery and infusion therapy to the former outpatient Fountain Centers and Behavioral Health space, and it will also include 16 large pre and post-surgical rooms, as well as a procedure room.

The project will also expand the space in the emergency department to 16 beds, with 10 general care rooms, three safe rooms and three observation rooms, it will also add patient and visitor waiting areas, including a reflection space, it will also create staff workstations with an improved line of sight to patient rooms, increase overall security for staff and patients, and it will also equip each room with telemedicine capability that also will be available on mobile workstations.

The renovations and relocations are slated to begin in September and will occur in a phased approach over the following 18–24 months.