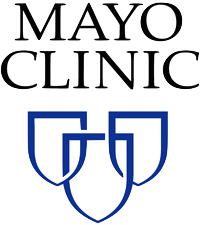 “CAR-T cell therapy is a type of immunotherapy that involves harnessing the power of a person’s own immune system by engineering their T cells to recognize and destroy cancer cells,” says Yi Lin, M.D., a Mayo Clinic hematologist and lead author of the study.

“Cilta-cel is made from patient’s own T cells that have been genetically engineered and administered as a single dose infusion,” says Dr. Lin.

“Updates on this study were also recently presented at the American Society of Clinical Oncology annual meeting, which occurred after our paper was accepted for publication in The Lancet,” says Dr. Lin. “Our ASCO presentation showed a continued deepening response for patients receiving this therapy, with a complete response rate of 80%,” says Dr. Lin. “These are very impressive results for myeloma patients who have already gone through many lines of therapy for their disease.”

Going forward, Dr. Lin says it will be important to better understand the clinical features of patients who have experienced durable remissions on this therapy and the mechanisms behind patients who relapse.

“While comparisons cannot be formally made across two separate single-arm studies of ide-cel and cilta-cel, the impressive high response rate and progression-free survival of patients treated with cilta-cel are very exciting,” says Dr. Lin.

She cautions, however, that the potential translation of this research into a clinical individualized therapy will require solving many logistical details, including ensuring that the transition from manufacturing for research to a commercial product remains reliable.