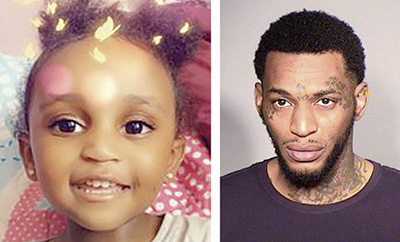 A man accused of killing his two-year-old daughter in Mower County in March of 2019 is pleading guilty to two felony murder charges in Wisconsin concerning the child’s mother.

Authorities in Mower County reported that Higgins killed two-year-old Noelani Robinson at an Austin motel prior to that. The girl’s body was found wrapped in a blanket in the east ditch north of the intersection of U.S. Highway 218 and Highway 30 in Blooming Prairie.

Higgins is now scheduled to be sentenced on the Wisconsin murder charges on July 26th. He has not yet entered a plea to a charge of second-degree murder of Noelani Robinson in Mower County District Court.