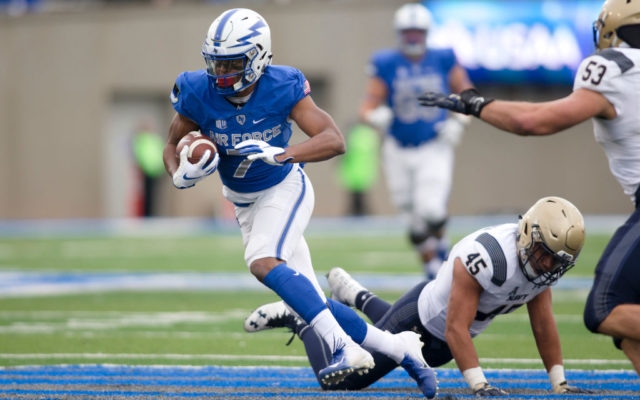 One of this weekend’s college football games will have a unique and special meaning.

Saturday’s Air Force vs. Navy game, which falls on the 20th anniversary of the September 11, 2001 terrorist attacks, is sure to be a notably emotional one for players and fans.

Several commemorations are planned during the game.

The names of Naval Academy and Air Force Academy grads that were lost on 9/11 will be scrolled on the videoboard.

During a timeout in the second half, firefighter Steve Modica, who survived the 9/11 attacks, will be honored. Modica’s daughter recently graduated from the Naval Academy and he has another daughter who is a senior at the Air Force Academy.

Navy will wear a special Marine Corps-themed uniform for the game, and will include the red, white and blue colors of the American flag.

The game will be broadcast nationally on CBS at 2:30 PM central time.

Each season, Air Force, Navy, and Army compete for the Commander-In-Chief’s Trophy, awarded to the team that wins both of its service academy games.

Following the terrorist attacks in 2001, the seasons for both teams were suspended for two weeks. Air Force defeated Navy 24-18 on October 6th, 2001.