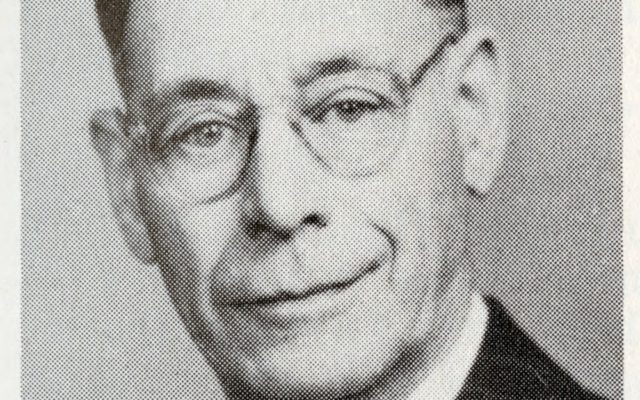 Jacob Herzog became inspired in 1910 after reading a newspaper article that put a $1 million value on a city having a lake.

That night, Herzog discussed the idea of Austin getting a lake – worth $28 million in today’s dollars – with a local barber who fished and swam in the former Beaver Lake on Austin’s east side. The old lake was the backwaters of a dam on Dobbins Creek that operated a flour mill near today’s East Side Lake dam until a June 1892 flood destroyed it.

The duo decided to push for rebuilding the Dobbins dam but soon gave up after being met with opposition. Five years later, Herzog – who lived near the former dam on Herzog Street (13th St NE) – pushed again while on the Austin City Council. He asked the city to buy the old dam’s property.

Despite many opponents, the city bought the property, starting a nearly 25-year effort led by Herzog that eventually created East Side Lake after a fall rainstorm in 1939 finally filled the larger, deeper lake bed. It was the first time in 47 years that Austin’s east side had a lake.

Now, a public area overlooking the East Side Lake dam recently has been officially named “Herzog View” in honor of the Austinite who championed the idea of the lake for several decades. This month, the Austin Parks & Recreation Board approved “Herzog View” for the previously unnamed overlook redeveloped by the City of Austin a few years ago when Mower County replaced the adjacent Oakland Place bridge.

A small pavilion, landscaping, decorative railings and a long sidewalk with fencing above the dam for anglers and others are featured at the overlook on the dam’s north side.

With the name official, the Park & Rec and the Cedar River Watershed District will create signage with “Herzog View” and historical information on it for the overlook. CRWD was awarded an Austin Area Foundation grant for the signage.

Earlier this year, CRWD outreach coordinator Tim Ruzek, who has researched and written about East Side Lake, asked the Park & Rec board to name the overlook area after Herzog, who died in 1970 at age 83. The board agreed but wanted more time to consider different names for the public space.

Part of Herzog’s history with East Side Lake also involved rescuing a 15-year-old boy from drowning in May 1947.

Given his leadership and vision for East Side Lake along with other significant community contributions, Jacob “Jake” Herzog also was honored July 4th at Austin’s Freedom Fest as one of three new Pillars of the City.

Ruzek nominated Herzog for the honor and worked with his great-niece Suzanne McCarthy, who lives in Herzog’s former home along the lake, to learn more about him and connect with his family. Herzog family members attended the “Pillars” ceremony at Bandshell Community Park, which Herzog also helped develop in coordination with the East Side Lake project.