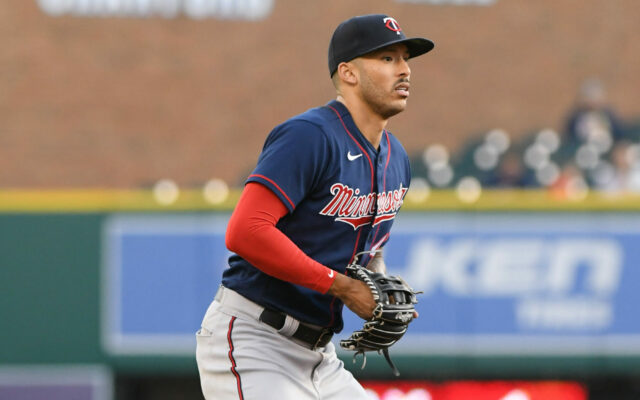 The Minnesota Twins announced today that they have signed shortstop Carlos Correa to a six-year guaranteed contract through the 2028 season. The deal includes four team options covering the 2029 through 2032 campaigns, each of which can automatically vest based on performance in the previous season.

After the season, Correa was named winner of the Most Valuable Twin Award, the Bob Allison Award for leadership, the Jim Kaat Award as Twins Defensive Player of the Year, the Mike Augustin “Media Good Guy” Award and the Carl R. Pohlad Outstanding Community Service Award, as voted on by the Twin Cities chapter of the Baseball Writers Association of America and the Twins Community Fund Board of Directors.

To make room on the 40-man roster, the Twins have designated Kyle Garlick for release or assignment.