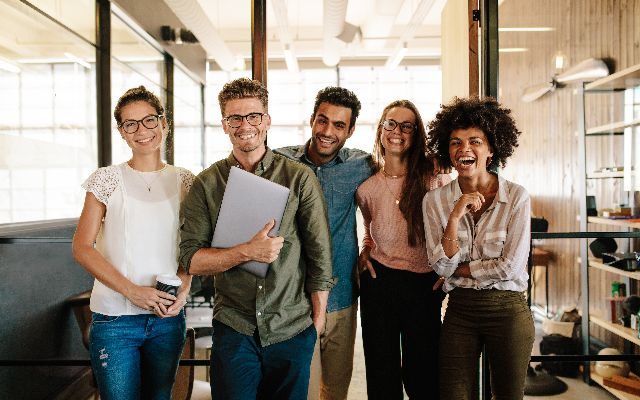 In a world where we (lately) have been hearing a whole lot of negativity… it’s nice to see these positive stories surrounding the coronavirus outbreak!

1.  Two YouTubers named Justin Stuart and Andrew Scites bought a ton of toilet paper in October for a video where they made a giant fort with it.  Now they’ve posted a follow-up video after giving it all away to random people on the street.

2.  Neighbors in Milwaukee put on a bunch of inflatable T-rex costumes and organized a dinosaur parade the other day.  They stayed six feet away at all times, and marched through town to cheer people up.  Especially kids.

3.  Mini parades where people drive by in their cars are really taking off too.  An elementary school principal in California helped organize a big one to cheer up a five-year-old kid after his birthday party got cancelled.

4.  The Eiffel Tower has been closed to tourists for a few weeks now.  But it’s lit up at night . . . and SPARKLES for ten minutes every evening to honor healthcare workers.

5.  More and more businesses are stepping up in big ways.  Lowe’s is donating $10 million worth of protective gear.  Ford and 3M are working together on a new respirator that uses repurposed car parts.  And Intel just announced it’s donating a million protective items like masks and gloves that they had in storage.

6.  A company in upstate New York that makes 3-D printers came up with a simple plastic faceguard that hospitals can print out and snap together.  They posted the instructions for free, and they’ve been downloaded thousands of times already.

7.  The Sikh Center of New York has now given out more than 30,000 home-cooked meals to people in isolation.

8.  BuzzFeed posted a video round-up of teachers being goofy and keeping students entertained during online classes.  One professor told his students they’re in good hands, and he’s used to the camera . . . because he was an extra in “Dirty Dancing”.

9.  There are more and more ways to keep your kids busy and entertained.  For example, an art studio in Ohio called McHarper Manor is now offering free online art classes to kids all over the world.

10.  A lady in Indiana brought her 89-year-old neighbor some groceries the other day, and noticed she didn’t look well.  But instead of keeping her distance, she laid her on the couch and called 911.  It turned out the woman didn’t have the virus . . . she was having a HEART ATTACK, and the neighbor saved her life.