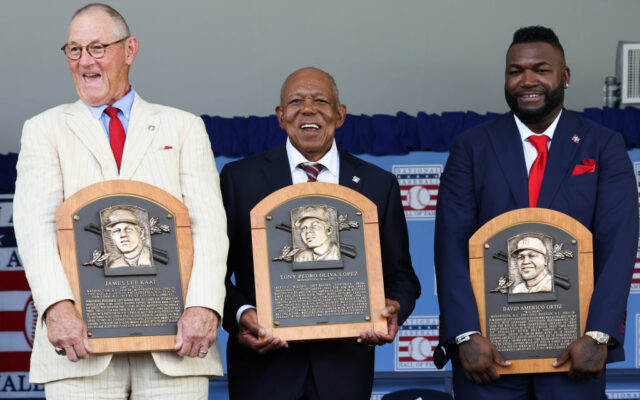 Kaat won 16 Gold Glove awards in his career, and he credited Jack McKeon with molding him into the pitcher that he became.

The three-time batting champ Oliva spoke about how grateful he was to finally enter the Hall after a long wait.

Ortiz began his big league career in Minnesota, but was inducted into the Hall of Fame as a member of the Boston Red Sox, where he became a star.