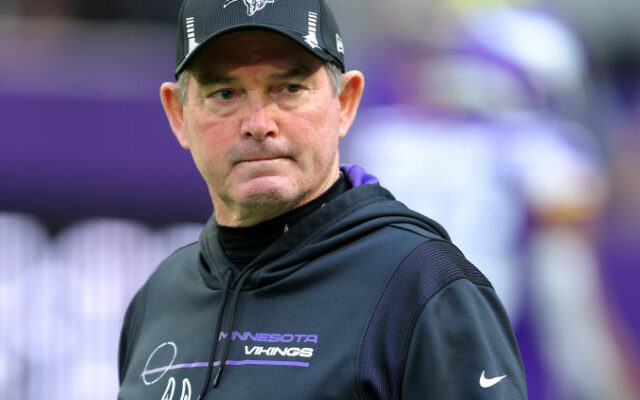 MINNEAPOLIS, MINNESOTA - JANUARY 09: Head coach Mike Zimmer of the Minnesota Vikings looks on during warm ups prior to the game against the Chicago Bears at U.S. Bank Stadium on January 09, 2022 in Minneapolis, Minnesota. (Photo by Adam Bettcher/Getty Images)

Zimmer’s record with the Vikings was 72-56-1 since 2014. His teams reached the playoffs three times in eight seasons.