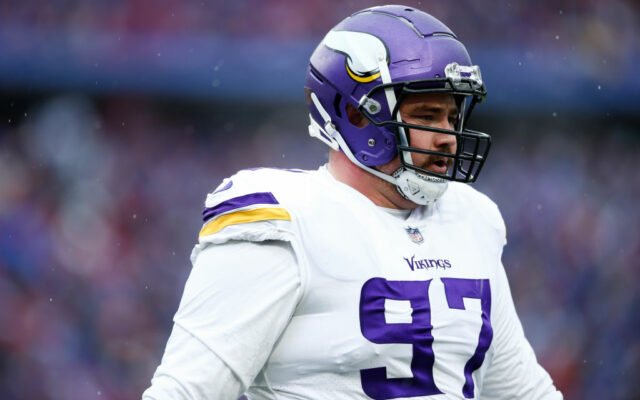 ORCHARD PARK, NY - NOVEMBER 13: Harrison Phillips #97 of the Minnesota Vikings walks on the field against the Buffalo Bills at Highmark Stadium on November 13, 2022 in Orchard Park, New York. (Photo by Isaiah Vazquez/Getty Images)

The collapse of Buffalo Bills player Damar Hamlin during this week’s Monday Night Football game has gathered widespread attention across the country.

At last word, Hamlin remains in critical condition at a hospital in Cincinnati.

Vikings defensive lineman Harrison Phillips decided to use his charity to help those who are front and center in Hamlin’s fight for life.

According to ESPN reporter Kevin Seifert, Phillips bought dinner for Damar Hamlin’s family, the Bills training staff with him at the hospital, as well as the ICU doctors and nurses who are treating him.

The website for ‘Harrison’s Playmakers’ is accepting donations for the cause.

“If you want to give, we are collecting donations to contribute to today’s pay-it-forward as well as a future Playmaker pay-it-forward event solely in Damar’s honor. Thank you!”