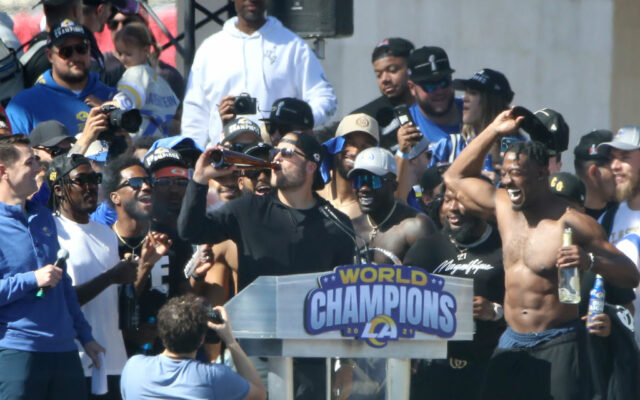 Rams QB Matthew Stafford has a reputation for being one of the toughest players in football, but the Super Bowl champ was getting noticed online Thursday for appearing to be a little too tough.

During the LA Rams championship rally, a photographer named Kelly Smiley fell from the stage and fractured her spine while taking a picture.

Stafford’s wife (who is also named Kelly) seemed very concerned though, and immediately went to check on her.

The Staffords and the team have since pledged to cover the photographer’s medical expenses.

According to a friend, Kelly Smiley has been discharged from the hospital and is resting at home.