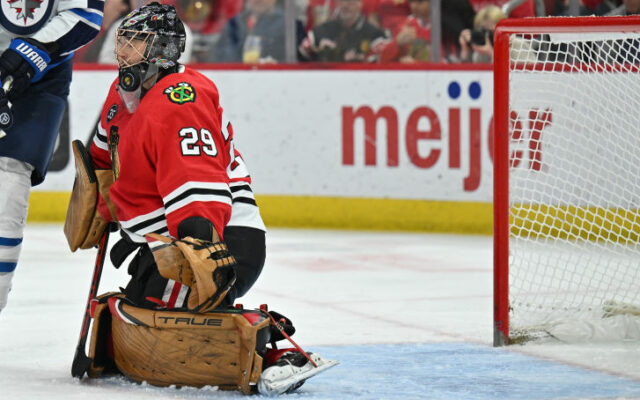 CHICAGO, ILLINOIS - MARCH 20: Goaltender Marc-Andre Fleury #29 of the Chicago Blackhawks takes a shot off his mask as Blake Wheeler #26 of the Winnipeg Jets skates by in the third period on March 20, 2022 at the United Center in Chicago, Illinois. Winnipeg defeated Chicago 6-4. (Photo by Jamie Sabau/Getty Images)

The Minnesota Wild made waves in the NHL on Monday by trading for a premiere goaltender.

Marc-André Fleury was sent to the Wild from Chicago in exchange for a conditional 1st-round draft pick. 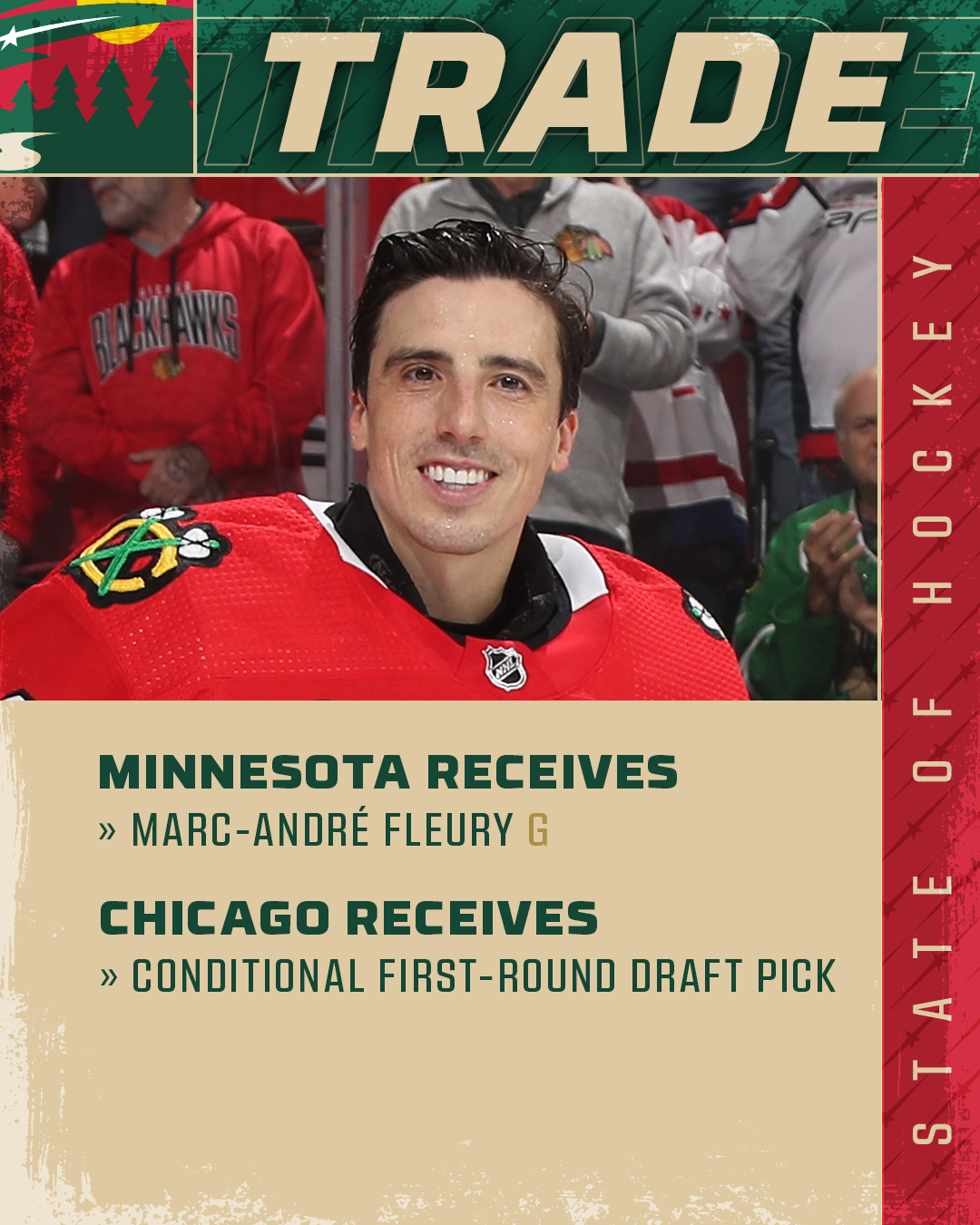 Fleury won Stanley Cup championships with Pittsburgh in 2009, 2016, and 2017. He had four standout years in Las Vegas before arriving in Chicago this season.