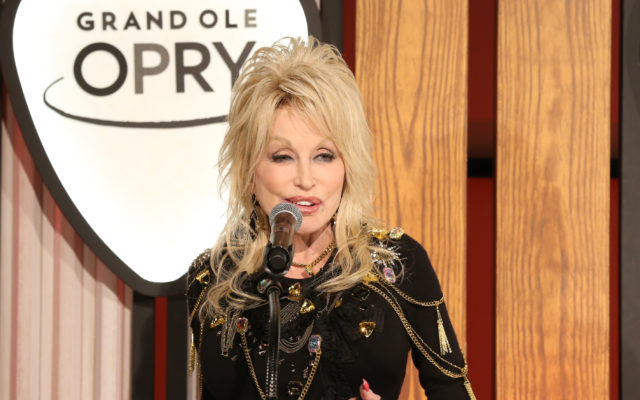 NASHVILLE, TENNESSEE - OCTOBER 12: Dolly Parton attends a press conference before a performance celebrating her 50-year anniversary with the Grand Ole Opry at The Grand Ole Opry on October 12, 2019 in Nashville, Tennessee. (Photo by Terry Wyatt/Getty Images)

Now she says she might not accept it because it wouldn’t be fair to him, and that it might be perceived as political.

She talked about it in on Today with Hoda and Jenna:

“Then they asked me again about it and I wouldn’t travel because of the COVID, so now I feel like if I take it I’ll be doing politics. So, I’m not sure.”

The Medal of Freedom is an award bestowed by the president to recognize people who have made “an especially meritorious contribution to the security or national interests of the United States, world peace, cultural or other significant public or private endeavors.”