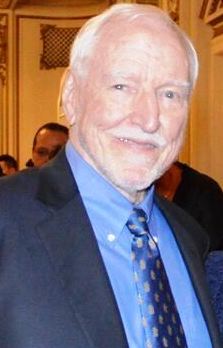 Austin native James Hormel, a U.S. ambassador and a philanthropist who funded organizations to fight AIDS and promote human rights, has died. He was 88.

Hormel, who passed away Friday at a San Francisco hospital was U.S. Ambassador to Luxembourg from June 1999 through 2000.  Hormel was an heir to the Hormel Foods fortune. Born in Austin, Hormel married his college sweetheart, Alice McElroy Parker, and had five children before divorcing in 1965. He moved to San Francisco in 1977.

He was a former dean of students at the University of Chicago law school, where he received a degree.

Hormel co-founded the Human Rights Campaign and helped fund many activities geared to arts, education and human rights, including a gay and lesbian center at the San Francisco Public Library; the National AIDS Memorial Grove; the American Foundation for AIDS Research; and the American Conservatory Theater.