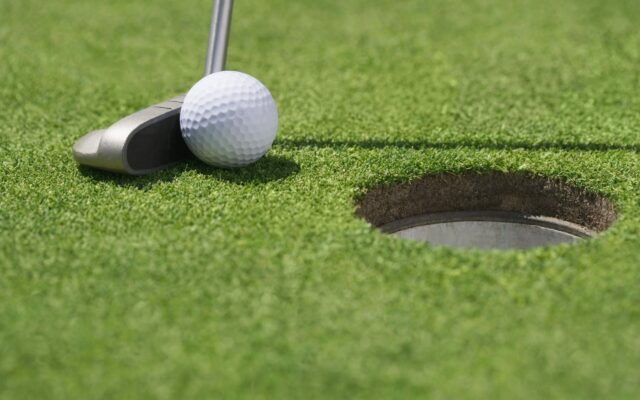 Both the Austin Packers boys and girls golf teams took part in the Hayfield Invitational at the Oaks Golf Club in Hayfield Saturday, and in the boys competition, which also included Blooming Prairie and GMLOS, it was Stewartville taking first place with a team total of 316, followed by Rochester Lourdes in second at 328, then came Blooming Prairie in third at 344, Austin followed in fourth at 352, the host Vikings were fifth at 355, Cannon Falls was sixth at 384 with GMLOS, Caledonia, Kingsland and Glenville/Emmons all incomplete.

Freshman Cale Tupy fired the low round for Austin Saturday with an 80, which was good for 7th overall, 8th grader Isaac Anderson was 8th overall with an 81, fellow 8th Elijah Krueger carded a 93, junior Max Bissen and sophomore Izaac Erickson both shot a 98 for the Packers and junior Ethan Knox fired a round of 106.  Senior Taylor Glynn was sixth for GMLOS with a round of 76, and Garrett Farr carded the low round for Blooming Prairie, as he was 11th with a score of 82.  Colton Rich of Rochester Lourdes took top medalist honors with a round of 77.

In the girls competition, the host Hayfield Vikings were ten strokes better than second-place Caledonia with a total of 445 to the Warriors’ 455, Austin was third with a team total of 462, followed by LaCrescent/Hokah in fourth with a score of 482, and Blooming Prairie and Rochester Lourdes were incomplete.

Austin’s Ailani Thravong took top medalist honors with a round of 91, as she and Rochester Lourdes’ Ellie Leise were the only golfers to break 100 as Leise fired a 95.  Ella Farr carded the low round for Blooming Prairie, as she was 11th with a round of 119.