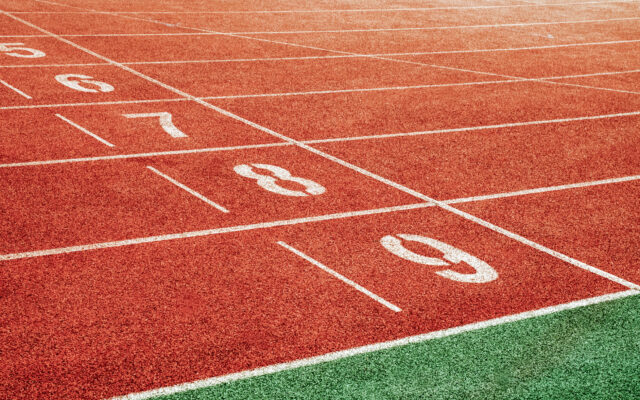 The boys and girls track teams from Blooming Prairie and Lyle/Pacelli were both in action at the six-team Hayfield Invitational Thursday, and in the boys team results, it was the Awesome Blossoms taking first place with 154 points, followed by Rochester Lourdes a distant second with 102 points.  Then came Kasson/Mantorville in third with 83 points, Kenyon/Wanamingo was fourth with 78 points, Lyle/Pacelli took fifth with 28 points and the host Vikings were sixth with 17 team points.

Ty Forstek earned second place in the 800 meter run for Blooming Prairie with a time of 2:26.61, Bradley Simon was third for the Blossoms in the 200 meter dash with a final time of 24.63, and the 4 x 400 meter relay team of Xavier Rennie, James Wohlferd, Sam Smith and Drew Kittleson for Blooming Prairie took first with a time of 3:50.79, and the Lyle/Pacelli team of Winston Walkup, Buay Koak, Andrew Frederick and Luke Weaver was second as they posted a time of 3:53.13.  Owen Krueger and Drew Kittleson went 1-2 for the Blossoms in the shot put as Kruger put the shot 40′ 10″ while Kittleson finished just behind him with an effort of 40′ 9″.  Krueger was second in the discus with a throw of 106′ 9.5″, and Drew Kittleson cleared 5′ 4″ in the high jump, which was good for first place.  Teammate Brady Kittleson was third with an effort of 5′ 6″.  Xaiver Rennie earned second place in the triple jump for the Blossoms with a jump of 38′ 8″, and the Blossoms swept the top three spots in the pole vault, as Drew Kittleson was first by clearing 10′ 6″, Cole Wangen was second with an effort of 8′ 6″ and Kolby Viegland was third as he cleared 8′.

In the girls competition, Rochester Lourdes took first place with 135 team points, Kenyon/Wanamingo was second with 124 points, Kasson/Mantorville took third with 107.5 points, Blooming Prairie was fourth with 70.5 points, Hayfield took fifth with 57 points and Lyle/Pacelli was sixth with 34 points.

Sophie Thomas took third in the discus for the Blossoms Thursday with a throw of 79′ .5″, Annaka Forsberg earned a first-place finish in the high jump with an effort of 5′ 4″, and Claire Rennie cleared 6′ 6″ in the pole vault for Blooming Prairie, which was good for third place.