Ever wondered what Peyton Manning singing a country song sounds like? 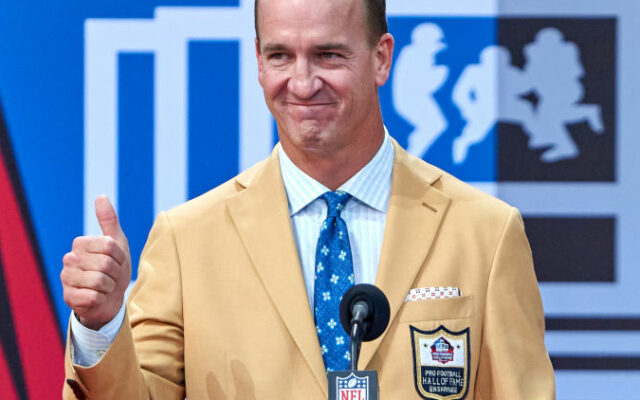 NFL legend Peyton Manning fulfilled a dream of performing on stage with a country music artist at a Brett Eldredge concert in Denver recently.

And it went… pretty much like how you’d expect it would go.

But, with beer in hand, Peyton belted out the lyrics to Eldredge’s song and the crowd seemed to love it.

Brett posted the video to his Instagram with the caption:

“There are vocalists and then there’s Peyton Manning…he can’t be matched…legend…what a weekend!”