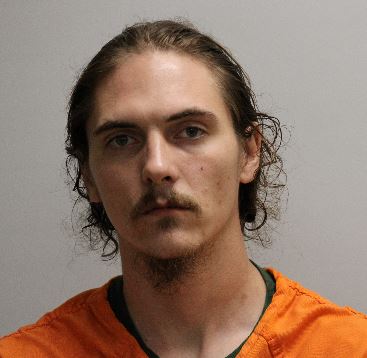 A Nebraska man who was found with approximately 369 grams of methamphetamine, approximately 33 grams of marijuana, and a .40 caliber handgun after a traffic stop on Interstate 90 in Austin on October 18th, 2021 has been sentenced to prison time in Mower County District Court.

27-year old Tyler Joseph O’Brien of Hastings, Nebraska, who had a warrant out for his arrest in Dakota County when he was stopped, was convicted and sentenced Tuesday to 58 months in prison for a felony charge of 2nd degree drugs, possession of 25 grams or more of cocaine or methamphetamine.  O’Brien was also sentenced to 60 months in prison on a felony charge of possession of ammunition or any firearm, conviction or adjudication delinquent for a crime of violence. Judge Jeffery Kritzer determined that the two sentences can be served concurrently, and O’Brien first pleaded guilty to the two charges in December of 2021.

A felony charge for drugs, aggravated controlled substance crime in the 1st degree and firearm in the case against O’Brien was dismissed with his guilty pleas.