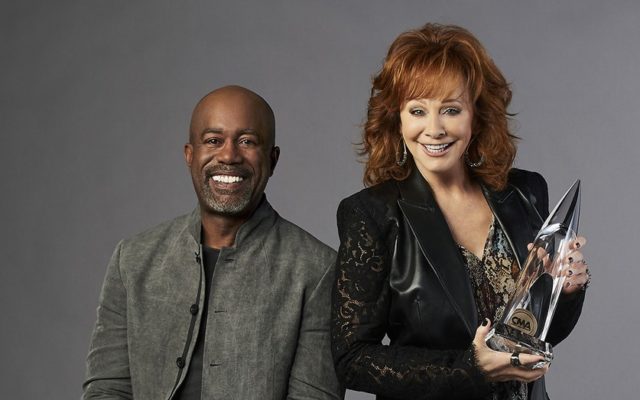 Reba will return to her hosting duties for the 2020 CMA Awards next month, and she’ll be joined by first-time co-host Darius Rucker, the Country Music Association announced this morning.

Man, I always said I’d love to host the #CMAawards but never thought it would happen! Honored to be hosting one of the biggest night’s of Country Music with my dear friend, @Reba. Watch live on Wednesday, Nov. 11th on @ABCNetwork. pic.twitter.com/a8DxIqVqz2

The CMA’s are November 11th and will be broadcast live on ABC.