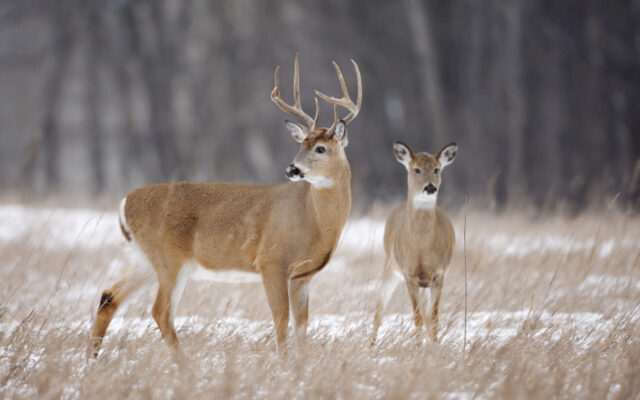 Results of a new scientific study published this week indicate that a significant portion of the deer population in Iowa could be infected with COVID, and that some of those positive deer cases may be a result of human transmission.

At least 75% of samples collected from 283 white-tailed deer in Iowa tested positive for SARS-CoV-2, according to the study.

The study’s authors conclude that the infected deer acquired the virus from deer-to-deer transmission, as well as from humans.

Scientists aren’t yet sure how Iowa’s deer population would have contracted the virus from humans, although genetic sequencing of the specimens analyzed contained markers indicating that the virus originated from people.

With deer hunting season in neighboring Minnesota opening on Saturday, a new concern among researchers is that a mutated form of COVID could transmit from the animals back to people, although there is no evidence that deer can transmit the virus to humans.

“If deer can transmit the virus to humans, it’s a game changer,” Tony Goldberg, a veterinarian at the University of Wisconsin-Madison, told the New York Times. “To have a wildlife species become a reservoir after transmission from humans is very rare and unlucky, as if we needed more bad luck.”