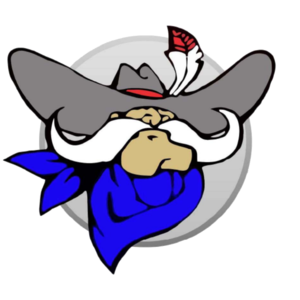 The Southland Rebels boys’ basketball team, the No. 7 seed in the Section 1A boys’ basketball tournament played host to No. 10 seed Lanesboro in the second round of the tournament at Southland High School in Adams Thursday evening, and senior Eli Wolff, playing his last game on his home floor stole the show with 25 of his 39 points coming in the first half as the Rebels bounced back from some early adversity to down the Burros 75-53.

Lanesboro took an 11-3 lead to establish control of the contest in the early stages, and things then went from bad to worse for the Rebels, who lost senior guard Harrison Hannah to a leg injury which sent him back to the locker room.  Wolff, though, then immediately turned the tide of the game in Southland’s favor after the injury by drilling four 3-point field goals among his 25 first-half points, and a defensive switch to a 3-2 zone by the Rebels stymied the Burros’ offense for much of the remainder of the half, as Southland reeled off a 26-9 run after the early deficit to take a 29-20 lead, and the Rebels widened their lead to 13 at the half, 35-22.

The second half saw the Rebels push their lead to as large as 15, but Lanesboro was able to counter with the 3-point shooting of guard Mason Howard, who swished four of them on his way to 21 points before fouling out to trim Southland’s lead to six at 54-48, but the Rebels countered with a crucial 7-2 run of their own to take back an 11-point lead at 61-50 with 5:18 left, and they slowly pulled away from there down the stretch for the win.

Besides Wolff’s 39 points, Andrew Timm added three of Southland’s 12 3-pointers in the game for 13 points, Harrison Hannah, who returned from his injury later in the first half wound up with eight points along with Cale Wehrenberg, guard  Jonas Wiste swished a 3-pointer for three points and Isaac Mullenback and Gavin Nelson added two points apiece for the Rebels, who improved their record to 18-6 with the win, and the victory also capped a regular-season and playoff sweep of Lanesboro for this season.

The Rebels are back into action in the Section 1A quarterfinals next Wednesday night at the Mayo Civic Center Auditorium at 6 p.m. versus No. 2 seed Rushford/Peterson, who defeated No. 15 seed Schaeffer Academy 59-35 in Rushford Thursday evening.  You’ll hear the game on AM 1480 KAUS next Wednesday evening, as we’ll have the pre-game show on the air at 5:45 p.m., and tip-off at 6:00 p.m.