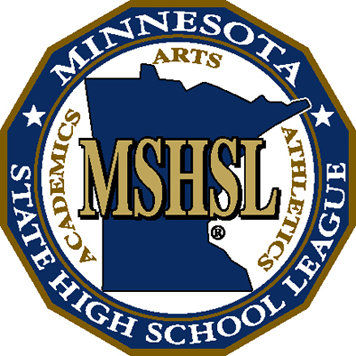 The Minnesota State High School Baseball and Softball tournaments are getting underway today at various sites around the state, and Section 1 participants in the state baseball tournament include Hayfield in the Class A tournament.  The Vikings, who come into the tournament unbeaten at 23-0 and ranked No. 1 in the state in the last Class A poll earned the number one seed in the tournament, and they will open the tournament against unseeded Adrian-Ellsworth, the champion of Section 3 with a record of 14-12 at Faber Field in St. Cloud.  Should the Vikings win, they would advance into the semi-finals against either No. 4 seed South Ridge or No. 5 seed Springfield at noon on Wednesday at Faber Field.

In the Class AA tournament, Plainview-Elgin-Millville is representing Section 1, and the No. 5 seeded Bulldogs are scheduled to meet No. 4 seed Wadena-Deer Creek at Dick Putz Field in St. Cloud at 5 p.m. today.  Should P-E-M win, they would face either No. 1 seed Glencoe-Silver Lake or unseeded St. Agnes back at Dick Putz Field at noon on Thursday.

In Class AAA, the Albert Lea Tigers, who last qualified for the state baseball tournament in 1969 are unseeded with a record of 12-11, and they will meet No. 2 seed Sartell, with a record of 21-3 at 3:00 p.m. this afternoon at the Mini Met in Jordan.  A win for the Tigers would put them into the state semi-finals back at the Mini Met Wednesday at 2:30 p.m. against either No. 3 seed Mahtomedi or unseeded Sauk Rapids-Rice.  In Class AAAA, Farmington is the No. 5 seed, and the Section 1 champions will meet No. 4 seed Mounds View at 12:30 p.m. this afternoon at the Chaska Athletic Park.

The third place games for each class will be played at 5:00 p.m. Wednesday at the various sites, and the championship games will all be played at Target Field in downtown Minneapolis on Friday.

In the State Girls’ Fastpitch Softball Tournament at Caswell Park in North Mankato, Wabasha/Kellogg is representing Section 1A, and the unseeded Falcons are taking on Section 6 champion Browerville, who comes in with a record of 23-0 at 3:00 p.m. this afternoon.  A win for the Falcons would put them up against either No. 2 seed Badger-Greenbush-Middle River or unseeded Springfield at 7:00 p.m. this evening.

St. Charles is representing Section 1AA in the tournament, and the Saints, who are making their first ever appearance at the state tournament will be taking on unseeded Mounds Park Academy at 1:00 p.m. this afternoon.  A win for the Saints would put them in action against either No. 2 seed Maple Lake or unseeded Pipestone Area at 7:00 p.m. this evening.

In Class AAA, the Winona Winhawks from the Big 9 Conference are the No. 4 seed in the field, and they will take on No. 5 seed Sartell at 11:00 a.m. this morning.  If the Winhawks are victorious, they will meet either No. 1 seed Mankato West, also from the Big 9 Conference or unseeded North Branch at 5:00 p.m. this afternoon.  In Class AAAA, Lakeville North was eliminated from the tournament this morning as they fell to third-seeded Rosemount 6-2 in the quarterfinals.

The third place and championship games for all four classes will be played at Caswell Park on Wednesday.