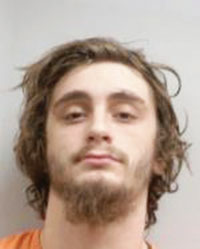 An Adams man who assaulted a woman at her residence in the 500 block of 1st St. SE in Austin on November 27th, 2019 has been sentenced to supervised probation and time in the sentence to service program in Mower County District Court.

23-year old Paul James Mason was sentenced Thursday to five years of supervised probation and 40 hours in the sentence to service program for a felony charge of terroristic threats.  A 15-month prison sentence was stayed for five years if Mason complies with the 18 different conditions of his probation.

Mason pleaded guilty to the charge on December 27th, 2019, and he was convicted the same day.  A felony charge of 2nd degree assault with a dangerous weapon in the cases was dismissed with Mason’s guilty plea.