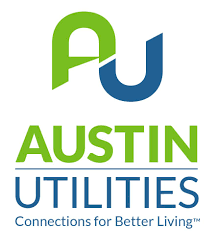 At the September 13th Austin Utilities Board of Commissioners meeting, Tom Tylutki, Electric Operations Director and Mark Nibaur, General Manager, were recognized by Jeanne Sheehan, AU Board President, for recently earning honors from the MMUA (Minnesota Municipal Utility Association), who recognizes exemplary supporters of hometown power. Award winners are chosen by MMUA’s Nominations and Awards Committee after nominations are submitted by colleagues and members of the utilities industry and are announced at the MMUA Summer Conference in August. 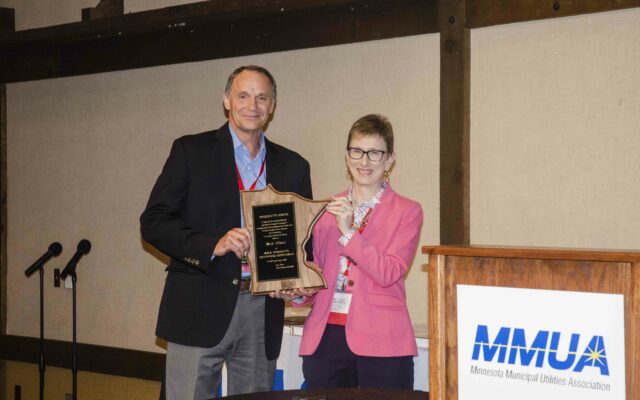 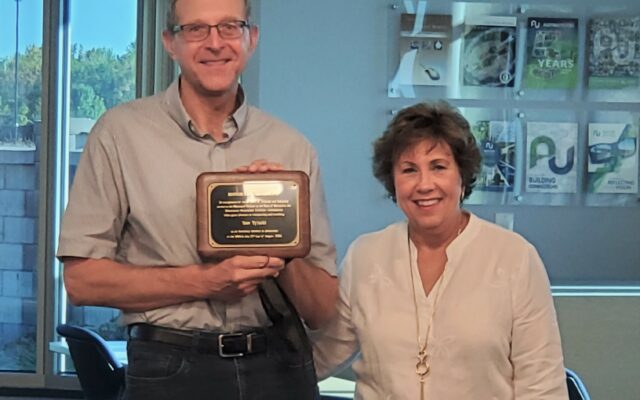 The MMUA Honorary Lifetime Membership Award recognizes a long professional life dedicated not only to the advancement of municipal utilities locally but also for the betterment of our industry on a statewide basis.  As the recipient of the 2022 Honorary Lifetime Membership Award, Tom has served as Electric Operations Director at Austin Utilities from 1996-2022. During this time, he championed numerous important initiatives at Austin Utilities, including modernizing the city’s electrical system and leading summer community education for kids in grades 4-6.

Tom has been a constant and important presence at MMUA events for decades, including most of MMUA’s schools and workshops. Tom has served as a volunteer instructor and passed his knowledge on to the next generation of professionals in the utilities space. Tom has had a continuous dedication to excellence and has made Austin Utilities a strong and highly regarded municipal utility.

During his term as Board President, Mark helped to navigate the association through the pandemic by embarking on a virtual Zoom tour of the state. He then compiled feedback from these meetings that was vital information for the process of creating a new strategic plan for the association.

Mark was a leader in the hiring process of the first new CEO for MMUA since 1993. He is also involved as President of the Board of Directors of the Minnesota Municipal Gas Agency. He has provided great insight and direction for the association as it embarks on a new era. Through his many roles, Mark has displayed great dedication to the Board, staff, and members of MMUA.