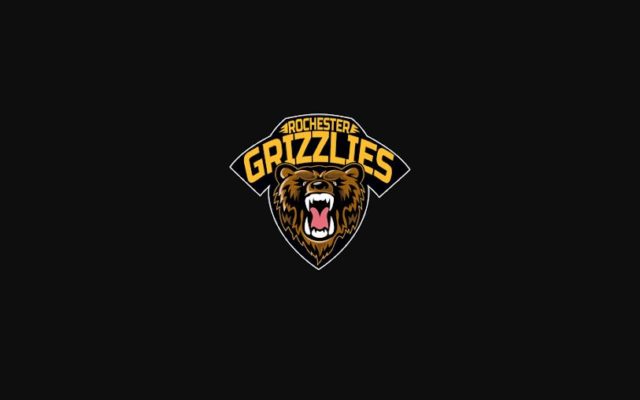 As the Rochester Grizzlies continue to get ready for the 2020-21 season, the team has tendered four additional players announced Head Coach Chris Ratzloff on Friday.

Included in the additions are two Rochester natives, both defenseman, Sam Williams of Rochester Century High School, and Shawn Sutton of Rochester John Marshall. Along with Williams and Stutton, the Grizzlies have tendered forwards Roman Grulkowski of Winona High School and Tuli Eisenbeis who played 2019-20 with the Wenatchee Wolves 18U.

Williams, 18, played the last two seasons with Rochester Century and logged 30 total points in 47 games. In addition, the defenseman logged two points the Rochester Century’s three playoff games over that two-year span. Williams is the second Rochester Century player to be offered a roster spot by the Grizzlies, following Joey Malugani who was selected in last week’s NA3HL Draft.

Also from Rochester, this time Rochester John Marshall, is defenseman Shawn Sutton. After three years with the Rockets, Marshall logged 19 points in 67 games including a career-best season in 2019-20 where he tallied six goals and seven assists for 13 points. Along with his increase in points, Sutton saw an increase in penalty minutes in 2019-20 as well, logging 52 minutes in the sin-bin bringing his career total to 110.

On the front end, Grulkowski, 19, brings some added size to the Grizzlies forward group. At 6-foot-3, 190-pounds, Grulkowski will join Andrejs Bogdanovs as the largest Grizzlies on the roster. The Winona, MN, native spent played all four seasons of high school hockey at Winona High where he steadily increased his point production year over year. After logging eight points as a freshman, Grulkowski went on to find totals of 19, 28, and 43 points for his remaining seasons. The forward would finish his high-school career with 98 points in 95 games, over a point-per-game average.

The final tender announced on Friday was forward Tuli Eisenbeis, a native of Minneapolis, MN. Eisenbeis, 19, has played a handful of games at the junior level including one game with the Coulee Region Chill at the end of the 2018-19 season, and four games with the Wenatchee Wild of the BCHL in 2019-20. A product of Minneapolis High, Eisenbeis played three high school seasons in the Twin-Cities and was named team captain in what would be his final year in 2018-19. After garnering 42 points in 68 games at the high school level, Eisenbeis began play withe the Wenatchee Wolves 18U team in 2019-20. The 5-foot-11, 165-pound forward found his stride with the Wolves registering 16 points in 16 games. His efforts would go to earn him a call-up with the Wenatchee Wild where he scored his first junior point, an assist.

The Rochester Grizzlies get set for their third season of play at the Rochester Rec Center in 2020-21. Following playoff berths in back-to-back seasons and a Central Division Championship in 2019-20, the Grizzlies are looking for even more success. Be part of the action by purchasing a season ticket package which is the most affordable way to watch every Grizzlies home game and feel the excitement first hand.