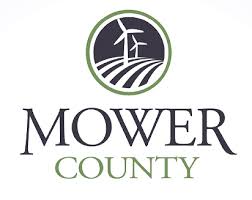 A special election was held Tuesday to fill the vacant seat in District 1 for the Mower County Board of Commissioners, as voters in the townships of Lansing, Red Rock, Udolpho and Waltham, and in the cities of Brownsdale, Waltham, Mapleview and Ward 1, Precinct 1 of the city of Austin went to the polls to cast their ballots.  The vacancy in District 1 was created when Tim Gabrielson, who was reelected last November passed away a short time after the election.  John Mueller and Tim Duren, who ran a write-in campaign for the position in the November general election were the candidates on the ballot yesterday, and out of a total of 712 ballots cast, Mueller received 408 votes to Duren’s 304 to claim the vacant position.

Mower County Auditor/Treasurer Scott Felten reported that the county Canvassing Board will meet Friday to certify the results, and Mueller will then be sworn in prior to the start of the next Board of Commissioners meeting on April 27th.