A suspect from Mapleview who authorities believe to be the shooter in an incident on July 20th where a residence in the 600 block of 6th Avenue Southeast in Austin was struck by gunfire believed to have come from a shotgun has been charged with three felonies in Mower County District Court. 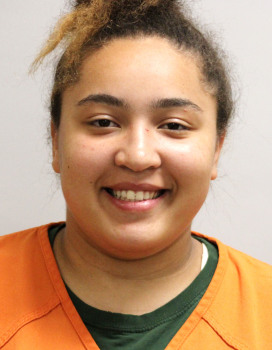 19-year-old Wyatt Harley Dahle has been charged with felonies for drive-by shooting, toward a person, drive-by shooting toward an occupied building, and for 2nd -degree assault.  19-year old Ameisha Kay Gunsallus, who fled from Austin Police in a vehicle believed to have been used to pick up Dahle to transport him to the scene of the incident has been charged with felonies for accessory after the fact, drive-by shooting, accessory after the fact, 2nd degree assault and for fleeing a peace officer in a motor vehicle.