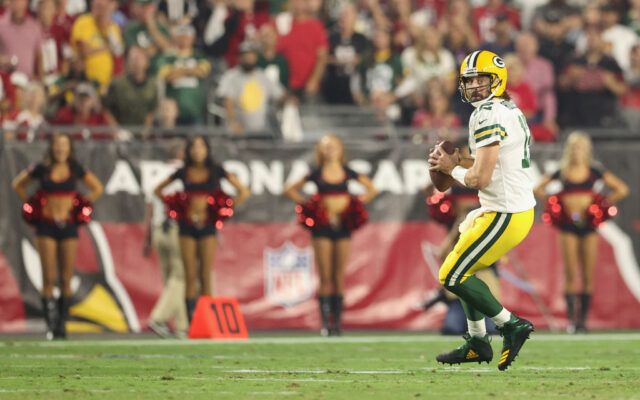 Aaron Rodgers is reportedly “furious” that his vaccination status was leaked this week.

According to ProFootballTalk, Rodgers is upset, not only because his status was revealed this week – but also that it came from an NFL Network reporter, Ian Rapoport.

The NFL has said it will investigate whether the star QB violated league COVID protocols. For its part, the Green Bay Packers have claimed that no protocols were violated.

In August, Rodgers told reporters he was “immunized”, which many took to mean he was vaccinated. He reportedly asked the league to have an ‘alternative treatment’ count as vaccination.