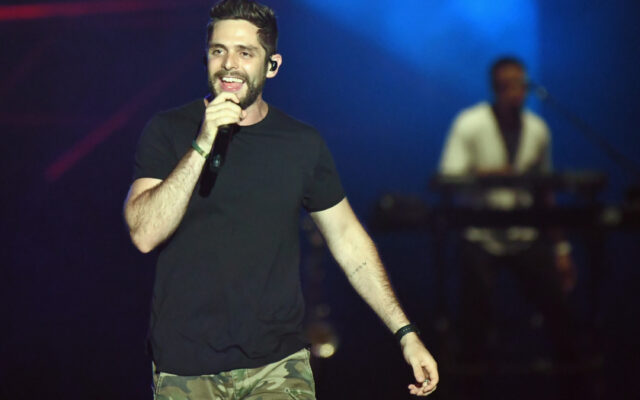 His new album, “Where We Started” will arrive on April 1st.

His 6th studio release will follow-up to Country Again: Side A, released in April 2021

According to The Tennessean, Katy Perry is among the guests on the album’s title song and closing track “Where We Started.”

Thomas Rhett recently played a New Year’s Eve show at the Xcel Energy Center, and performed during the first intermission of the Minnesota Wild game at Target Field the following day.